Its been a long time since we all are waiting for the launch of Poco F1 which will be update for companies first smartphone, the Poco F1 but in the meanwhile company has launched another smartphone, the Poco X2, but the hope for Poco F2 was not dead and we all were expecting that company will launch it sooner or later, and couple of days back we had told you that the same smartphone has been spotted on IMEI database which means company can launch this smartphone anytime soon, and going a step ahead, recently company has posted couple of GIF video messages on its Twitter handle. 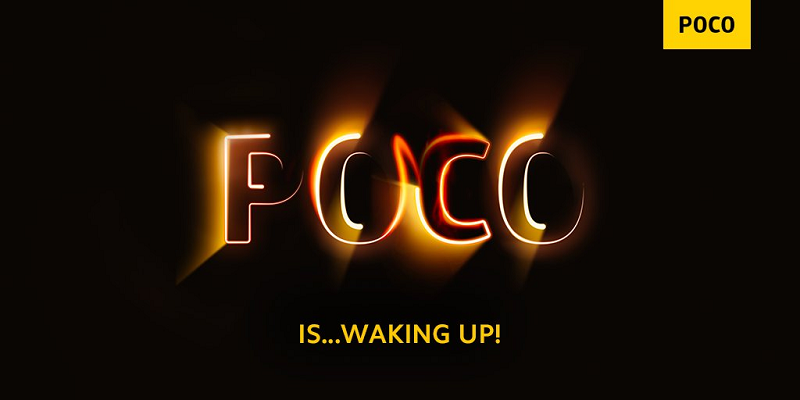 First tweet came on Friday, when Poco Global tweet posted a small gif which says, “Miss us much? RT now to help #WakeUpPOCO!”, and before anyone could even guess, the second tweet came yesterday with an image saying, “Poco is… Waking Up!”.

However there is not word on Poco F2 in any of these tweet, but certainly company is asking it fans to push them for a phone launch.

Poco itself has acknowledged themselves that they are working on Poco F2, and recently we had seen same smartphone on Google Listing as well, which says Redmi K30 Pro will be re-branded and launched as Poco F2, but Poco India’s General Manager C Manmohan has already confirmed that Poco F2 will be different than Redmi K30 Pro.

It is expected that Poco F2 will be the cheapest smartphone in the country to have Snapdragon 865 from Qualcomm. We already knew that company will be launching three three smartphones this year, we had already seen Poco X2, now the left one’s are Poco F2, Poco F2 Lite which might be powered by Snapdragon 765 and 5,000mAh battery.

Along with Poco F2, company has also confirmed that they are working on a true wireless earbuds to add in their product portfolio.