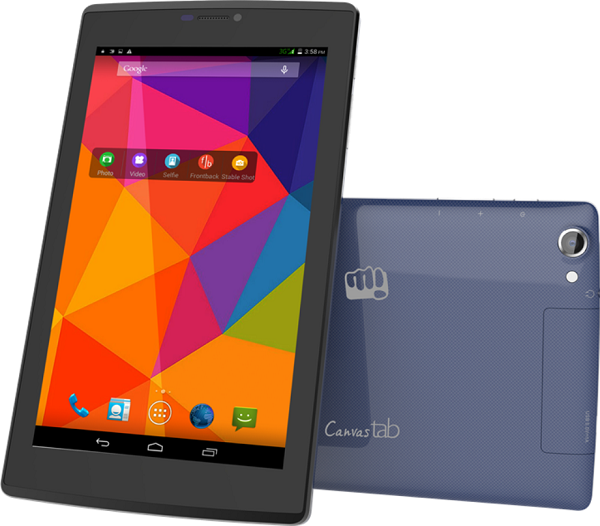 If we talk about specs then Micromax Canvas Tab P480 flaunts an 7 inch display screen with screen resolution of 1024×600 pixels, under the hood it is powered by an quad core processor clocked at 1.3Ghz along with 1GB of RAM and also includes 8GB of internal storage which can be further expandable up to 32GB via microSD card.

As per photographic front Canvas Tab P480 features an 5MP auto focus rear camera with LED flash, at front there is a 2MP camera for selfie lovers, for connectivity it features WIFi, Bluetooth, 3G, Dual SIM, Micro USB, and GPS. It comes with a 3000 mAh.

As per software front it runs on Android 4.4 KitKat, but company has promised for Lollipop update via OTA which will be rolled out very soon, company has also included some of its in house built software like :-