We had also got a mail from our reader containing apic who had got leaked or something like that, copy of IE9 and here is the pic :- 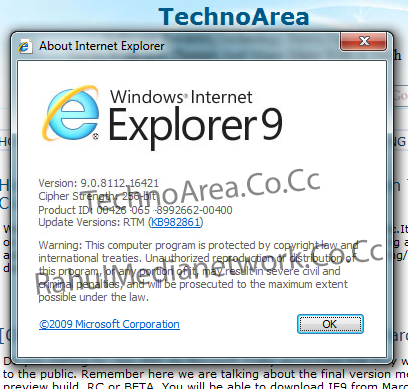 Sorry we are unable to tell whether this pic is Genuine or not, but it seems Genuine as you can see the build number on it.