Back in June Google has announced that they are going to start a new project, the Android One under which they wants to make Android smartphone’s available to as many users as they can. For this in first phase Google has joined hands with three Indian mobile manufacturer’s – Karbonn, Micromax and Spice. Last month Google has announced that they will be expanding its Android One project to other Asian markets like Bangladesh, Nepal, and Sri Lanka. 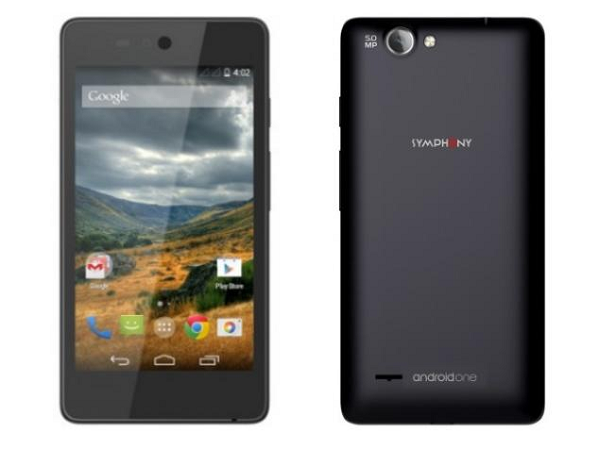 If we talk about specs then Symphony Roar A50 flaunts a 4.5-inch IPS display with 480×854 pixels resolutions, under the hood it is powered by a quad-core 1.3 GHz MediaTek MT6582 processor along with 1GB of RAM and has 8GB of internal memory, original Android One devices has 4GB of internal storage.

As per photography front it it has 5MP rear snapper along with a LED flash and a 2MP front facing camera, as per connectivity it has 3G, dual SIm, WiFi, Bluetooth and Micro USB and houses a 1780 mAh battery.

Price of this phone is not sure at this time but it could be somewhere around $110. Its not clear whether Android One program is a hit or not for the company but as Google is joining hands with other companies we could say that it will be here for some more time.

Nokia X Has been Rooted, Can Run Google Apps And Google...