Finally after so much of waiting, Lenovo’s online only brand, ZUK will officially make its way to India tomorrow as company will be launching ZUK Z1 tomorrow in India. Company has launched this device last year in China and now they are bringing it to India, however in China company has already announced ZUK Z2. The company has also confirmed that they are launching ZUK Z1 tomorrow and company will be live streaming this launch event so that users can view it live. 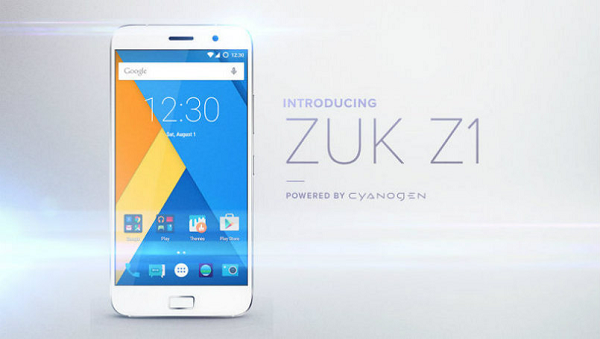 One of the talking points of ZUK Z1 is that it comes with CyanogenMod 12.1 which is based on Android 5.1, it also means, CM is no longer exclusive to Micromax backed company, YU.

When it comes to specs, Lenovo ZUK Z1 features a 5.5-inch Full HD display, under the hood it is powered by a Qualcomm’s Snapdragon 801 processor along with 3GB of RAM and has also got 64GB internal storage, and misses expansion option.

When it comes to the photographic front, ZUK Z1 features a 13-megapixel rear camera with OIS aka Optical Image Stabilization, and at the front you have an 8-megapixel selfie camera, it houses a 4,100mAh battery, and for connectivity, you have dual-SIM card slots, 4G LTE support, Wi-Fi, and USB Type-C port. It also comes with a fingerprint scanner which is embedded into the home button.

Company has launched this device at 1,799 Yuan or Rs 18,300 approximately in China, but as this is an around 6 months old device, we are expecting it to be price somewhere around 15K in India.

If you want to watch it live then you can either live stream the events on Lenovo Website and their official YouTube channel. The count down for event has already began.

Nokia Lumia 510 Up For Pre-Order In India