As expected, today Xiaomi has took wrap off from its latest affordable smartphone, the Xiaomi Redmi 2 which is the successor of its highly successful Redmi 1S, this affordable smartphone is priced 699 Yuan which is approx Rs. 7100, and this phone will go on sale from 9 January in China, we could hope very soon it will land in India as well, in terms of specs this phone do comes with some under the hood upgradation and some design language is also been changed. 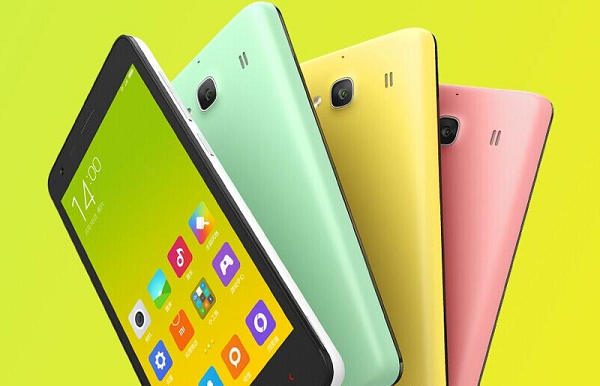 If we talk about specs then Xiaomi Redmi 2 flaunts a 4.7-inch HD IPS display screen with screen resolution of 1280×720 pixels with a pixel density of 312ppi, its the same which we had seen in Redmi 1S, if we talk about uder the hodd features then it is powered by a 64-bit 1.2GHz Snapdragon 410 quad-core processor paired with Adreno 306 GPU and 1GB of RAM whereas Redmi 1S was powered by 1.6GHz Snapdragon 400 quad-core processor, Adreno 305 GPU and 1GB of RAM.

At back it has same 8MP camera which was there in Redmi 1S but front facing camera has been improved and now Redmi 2 has 2MP camera at front whereas Redmi 1S has 1.6MP front camera, it includes 8GB of internal storage which can be further expanded up to 32GB using a microSD card.

Battery is also improved 2,000 mAh to 2,200mAh battery, for connectivity it include dual-SIM card slots, LTE, Wi-Fi, Bluetooth, and Micro USB, as per software front, it will run on MIUI 6 out of the box.