Annual Consumer Electronic Show is just around the corner and it will start from 6th January and will be there till 9th January, but the major companies who are going to take part in this event are not opening their cards at this moment, but this is not going to stop one company, the Alcatel OneTouch who has recently announced that they will be launching their first ever wearable device, the Alcatel OneTouch Watch in this event, but there is much more than smartwatch for the company. 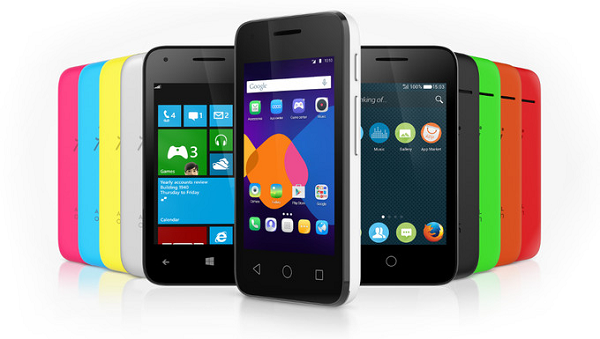 Alcatel OneTouch has said that they will be launching next generations PIXI smartphones which will get OS agnostic, yes company has said that PIXI 3 will be compatible with three different OS, Windows Phone, Firefox OS and Android, at this time we are not sure how this gonna work, whether company would allow users to switch OS anytime or how it would be possible, for this we have to wait and watch.

In a press statement, Alcatel OneTouch Chief Marketing Officer Dan Dery has said “They want something familiar from their work environment in the office, but also on a smartphone,”

Alcatel has past experience with all these three operating systems like Android on PIXI series, Fire handset runs on Firefox OS, and POP 2 runs Windows Phone with a 64-bit processor, so we could hope company has done its homework and we could get a first of its kind of device.

The PIXI 3 smartphone will comes in four variants, a 3G variant with a 3.5-inch display, and three LTE capable variants with 4-inch, 4.5-inch, and 5-inch of displays sizes.

Further more information are little dim at this time so we stay tuned with us and we will keep you updated as soon as we have some news.