As we all know, China based smartphone maker, the OnePlus has launched their latest flagship smartphone, the OnePlus 7 Pro which comes with top of the line specs and premium design, now another China based smartphone maker, Manu Kumar Jain, Xiaomi’s Global VP and the Managing Director for Xiaomi India has congratulated OnePlus, and not only this, Manu Jain has also tweeted that a new Flagship Killer from Redmi is coming soon, which clearly hints that Manu Jain is talking about Redmi K20. It should be noted that, earlier OnePlus used to called their smartphone as Flagship Killer as they were offering premium specs at affordable prices. 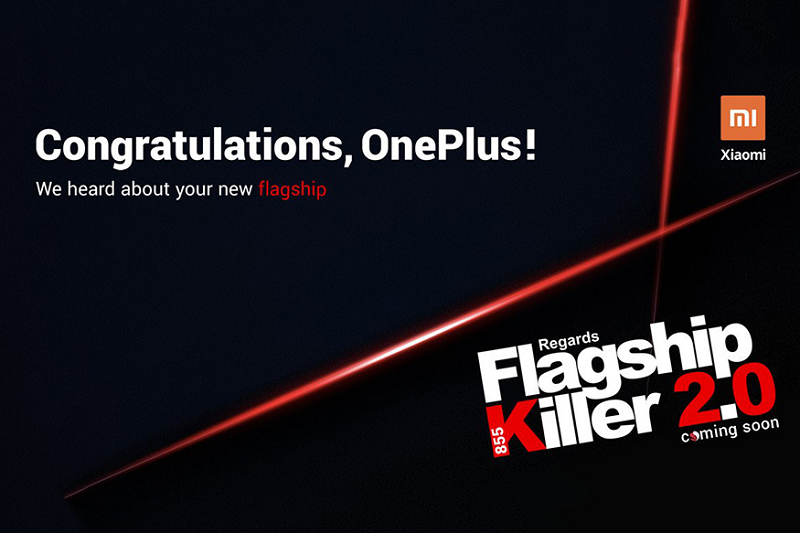 Xiaomi has initially teased for Redmi K20 on its Mi Forum, and after couple hours Manu Jain has tweeted for the same. Here is what his tweet reads –

Tweeted image clearly hints that this smartphone will come with flagship processor, the Snapdragon 855, and apart from this, we can clearly get a hint of the model name of the upcoming “Flagship Killer 2.0”, which will be Redmi K20.

Yesterday only, Redmi General Manager Lu Weibing has also confirmed the name of its Redmi flagship, the Redmi K20, and it will be accompanied by the Redmi K20 Pro.

New reports suggest that these Redmi K20 and K20 Pro will be a part of Xiaomi new budget flagship series which will have flagship specs.

When it comes to the specs, till now what we know is, Redmi K20 will have full-view 6.39-inch AMOLED notch-less display with an in-display fingerprint reader along with Gorilla Glass 6 protection, and a pop-up selfie camera.

At back it will have a triple camera setup of 48MP primary camera, 8MP ultra-wide sensor, and a 16MP telephoto sensor, at front you will have 20-megapixel sensor.