Are you a Linux lover and use Linux system, if yes then here is a good news for you, final version of KDE 4.7 is out and it is available for download, Version 4.7 of these releases provide many new features and improved stability and performance. 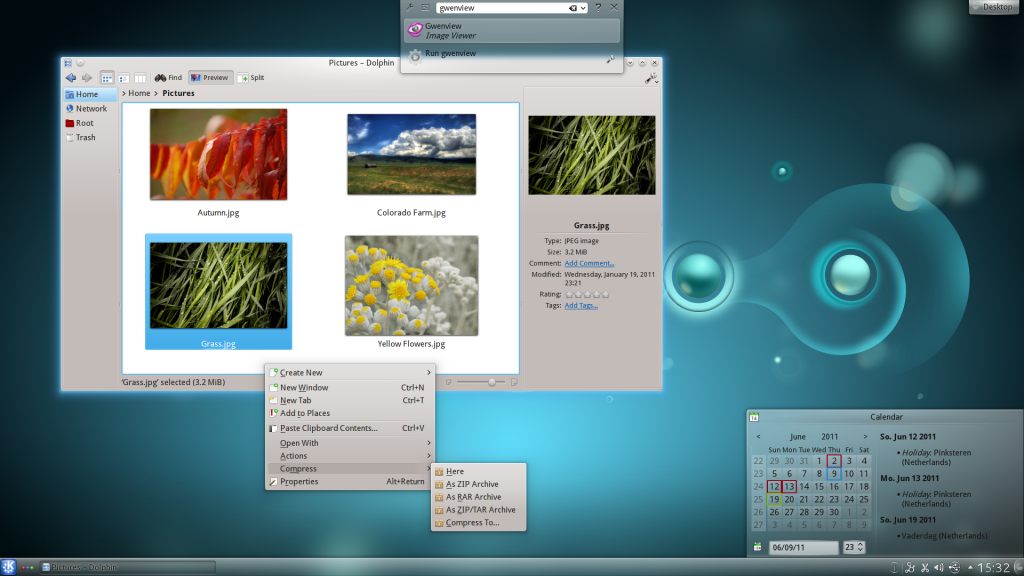 This release provide major updates to the KDE Plasma Workspaces, KDE Applications, and the KDE Platform that provides the foundation for KDE software.

The Plasma Workspaces gain from extensive work to KDE’s compositing window manager, KWin, and from the leveraging of new Qt technologies such as Qt Quick.

A wide range of KDE and third party software will be able to take advantage of extensive work in Phonon and major improvements to the semantic desktop components, with enriched APIs and improved stability. The new KDE Telepathy framework offers integration of instant messaging directly into workspaces and applications. Performance and stability improvements in nearly all components lead to a smoother user experience and a reduced footprint of applications using the KDE Platform 4.7.

It also includes the technical preview and historic first release of the new IM solution for KDE. Even though it’s still in its early stages, you can already set up all sorts of accounts, including GTalk and Facebook Chat and use them in your everyday life. The chat interface lets you choose among many appearances with its support of Adium themes. You can also put the Presence Plasma widget right into your panel to manage your online status. As this project is not yet mature enough to be part of the big KDE family, it is packaged and released separately, alongside the other major parts of KDE. The source code for KDE-Telepathy 0.1.0 is available on download.kde.org. Installation instructions are available on community.kde.org.

Stability As Well As Features

In addition to the many new features described in the release announcements, KDE contributors have closed over 12,000 bug reports (including over 2,000 unique bugs in the software released today) since the last major releases of KDE software. As a result, KDE is more stable than ever before.