Having a good security suite is must for all of us, day by day threats on internet are increasing and we must need to protect our data and system from them. There are lots of security suites which can give security to your computer, but none of us wants to manage them as per the changes in pc, if you to wants a security suite which can adjust itself and adopts best settings for your computer then BitDefender Internet Security is one. 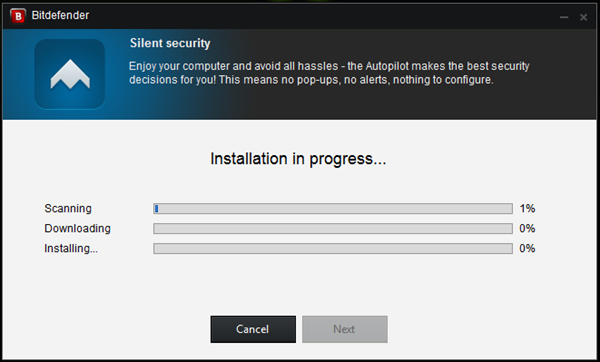 Once installed, you will find the same interface which BitDefender’s other products carries like BitDefender Antivirus. At top left you will find 3 banners Green, Red and Yellow which pops up at different security issues. It shows four panels of security components, you can arrange them as per your need.

It install a desktop gadget so that you can easily navigate or control BitDefender settings. It has good rating of detecting malware and virus, in our test it has detected more that 90% malware and viruses. As being an internet security we expect this tool to safeguard us from online threats too, and it did, It has blocked more than 93% websites which can be harm your computer. 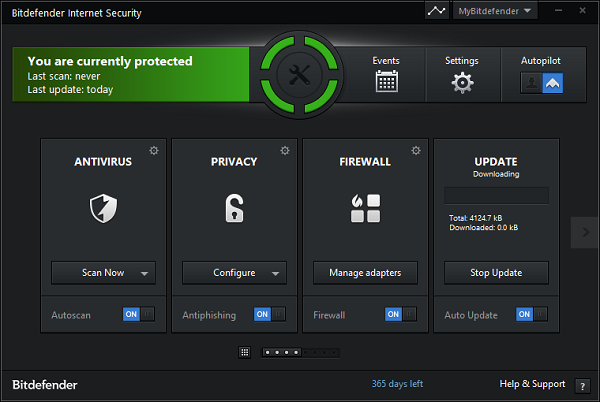 We had tested this tool against phishing attacks and it performed very well in that section too. BitDefender IS also allows you to block transmission of sensitive information like phone number, Address and such, you can use this against your kids so that they don’t share these information over internet.

When you visit any financial website then BIS will open that site in its own SafePay browser which has tight security features and your sensitive information wont get into wrong hands. BIS comes with a very basic password manager, BitDefender Wallet, It captures your login information and fill them itself when you revisit that site. BIS allows you to view and edit them but you can’t organize them. Wallet can also store important data like Credit Card details, email configuration, phone numbers and so on but it wont auto-fill them.

BitDefender’s Auto Pilot is designed to take care of all your security issues, once you enables it then you don’t have to open and look into your security suite until it has some serious issue. It wont pop-up or gives any alert, it works itself in background.

BitDefender’s firewall monitors each and every application so that there should be no program which is misusing your internet connection.

In our test we tried to scan our 32 GB USB with lots of malwares, and it performs well, it scans quickly and cleaned all malwares instantly. We also tried to scan our 1.5 TB hard disk and for that it took some time but its below its average all thanks to PhotON technology which is introduced in 2014 line series.

ABOUT US
TechnoArea brings the latest happening of the technology world to you.
Contact us: [email protected]
FOLLOW US
© 2004-2018 TechnoArea (proudly powered by iTechnixNetwork). The content is copyrighted to Rahul Sharma and may not be reproduced on other websites.
MORE STORIES
Security

Most Common Passwords And PINs You Should Avoid