When Xiaomi has entered Indian smartphone market, they decided to be online only company and they did so by selling their smartphones online only through Flipkart and then they partnered with Amazon India and then soon they launched there own own eStore. After capturing online market segment, Xiaomi decided to go to for offline market and they partnered with several offline partners so that they can capture more area and can increase their reach. Now Xiaomi has came up with a new and unique selling idea, now company will be selling their smartphones and mobile accessories via Kiosks. 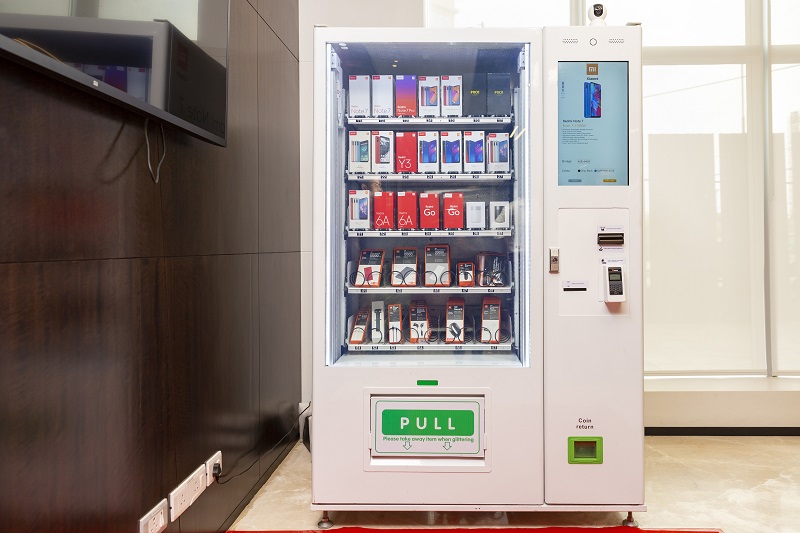 The new Mi Express Kiosks are vending machines which allow consumers to purchase Xiaomi smartphones and mobile accessories directly. The kiosks are designed to accept all forms of payments across credit cards, debit cards, cash and UPI.

The company aims to set up several more kiosks in the coming months, and gradually expand the retail plan across more cities. These Mi Express Kiosks can be found across metro cities in public areas with greater footfall such as tech parks, metro stations, airports, and shopping malls.

With this, company will be reaching out to its consumers directly, eliminating operational and cost inefficiencies for the consumers. This enables Xiaomi to provide its latest smartphones to its Mi Fans at an honest pricing, similar to that of Mi Homes and Mi.com.

Mi Express Kiosks serve as a highly effective New Retail initiative for consumers and Mi Fans to easily access and buy Xiaomi products instantly in offline markets. Furthermore, Mi Express Kiosks will soon be installed throughout the metro cities and customers can also easily access information on the locations of these kiosks on mi.com.