About a year back, Motorola has launched Motorola One which is one of the smartphone from company which comes with Android One, now company is expected to launch a new, the Motorola One Vision along with couple of other smartphones on May 15 in Sao Paulo, Brazil. Now full specs and new renders of this smartphone has been leaked which give us clear idea about this upcoming device. First we had seen this Moto One Vision smartphone courtesy to an ARCore support update which suggested that Motorola is working on a smartphone. 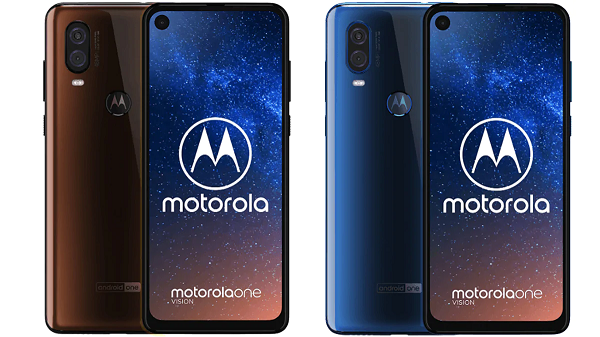 New leaks put lights on some unexpected specs, like earlier we had seen Motorola One devices with Snapdragon SoCs bt this time Motorola has decided to go with Samsung Exynos chipset.

A German website, WinFuture has published the alleged specs and render images of Motorola One Vision, and these render suggest that this smartphone will come with punch hole design with slight chin at the bottom of it. 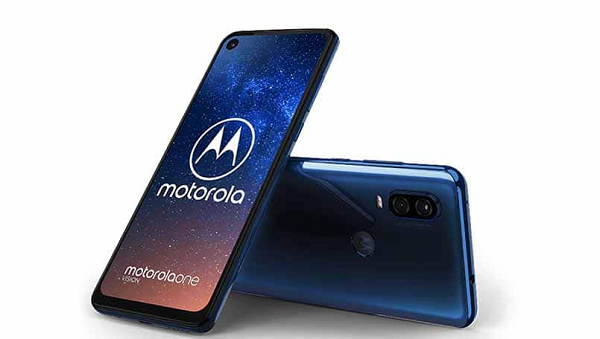 There is a dual camera setup at the rear of it, which is like a trend nowadays, rear cameras are aligned vertically, and probably Motorola logo will houses finger print sensor.

When it comes to the leaked specs, then Motorola One Vision will flaunt a 6.3-inch (1080×2520 pixels) IPS LCD display with CinemaVision 21:9 of aspect ratio and 432ppi pixel density.

Under the hood, it will be powered by the 2.2GHz Samsung Exynos 9609 octa-core processor, along with 4GB RAM and 128GB on-board storage, and there is a support for microSD card for further expansion of memory.

At rear you will have a 48-megapixel primary camera with f/1.7 aperture and OIS support, and a 25-megapixel camera with f/2.0 aperture, for connectivity, you have support for TE, dual-SIM, Bluetooth v5, Wi-Fi 802.11 ac, NFC, and USB Type-C port.

It houses a 3,500mAh battery, and on software front, it runs on Android v9.0 Pie and will be up-gradable to Android Q.