Most of the reports earlier showed that Motorola is now working on the successor of its most popular device, the Motorola G3 which was launched last year, and this year it will be Motorola G4 which company will be launching in the third quarter of this year and as per some rumors company will launch two devices, the Moto G4, and Moto G4 Plus. Now thanks to Nowhereelse, some fresh images has leaked which shows device from front and back side, and design looks very much similar to Moto X successor. 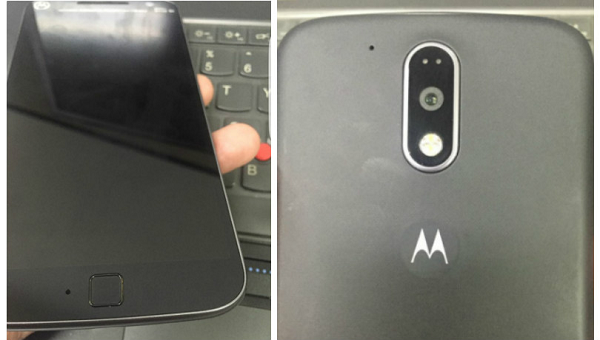 At the front of the device, just below your the display you can see a square like a button which might be your fingerprint scanner, this is in line to  Chen Xudong, SVP of Lenovo and president for Lenovo China and Asia Pacific, as he had said all 2016 Moto smartphones will feature a fingerprint scanner.

The other image shows the back of the device and you can see logo along with a strip which houses camera module, LED flash, and two dots, which could be the laser auto-focus, the design is very similar to Moto G3.