Last month InFocus entered Indian smartphone market by launching its InFocus M2 smartphone which turns to be a good success for the company, now it seems company is all set to launch another device in Indian market very soon as InFocus M330 is already listed on Snapdeal at the price tag of Rs. 9,999, ecommerce website hasnt mentioned its availability date, also company hasnt said a word on the launch of its next smartphone. 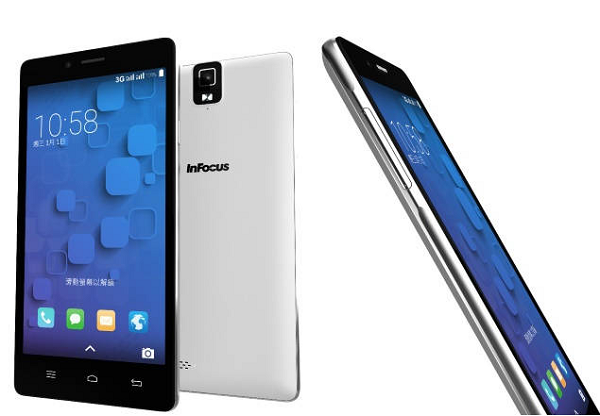 If we talk about specs then, the InFocus M330 flaunts a 5.5-inch HD IPS display screen with screen resolution of 1280×720 pixels, its screen is being protected by Corning Gorilla 2, under the InFocus M330 is powered by MediaTek MT6592 octa-core processor clocked at 1.7Ghz paired with 2GB of RAM and Mali-450 GPU, it comes with 16GB of internal storage, which can be expanded up to 64GB using a microSD card

If we talk about photographic front it comes with a 13-megapixel primary snapper with LED and an 8-megapixel secondary sensor, it houses a 3,100mAh battery which can deliver up to 18 hours of talk time and up to 550 hours of standby time.

For connectivity, it includes Dual SIM, 3G, Bluetooth, Wi-Fi, GPS/ A-GPS, and USB OTG, and on the software front, it runs on Android 4.4 KitKat wrapped under firm’s InLife UI. At this price tag and specs it will InFocus M330 will compete with Xiaomi Redmi 4G, YU Yureka and Huawei Honor 4X.