Acer has kicked of its Consumer Electronic Show 2015 campaign with the announcement of its latest smartphone under Liquid sub-brand, the Acer Liquid Z410, which is a budget LTE supported, device runs on 64Bit SoC. At launch company has said Acer Liquid Z410 will be available in Europe, Middle East, and Africa by February end at the price tag of EUR 129  which is Rs. 9,700 approximately. 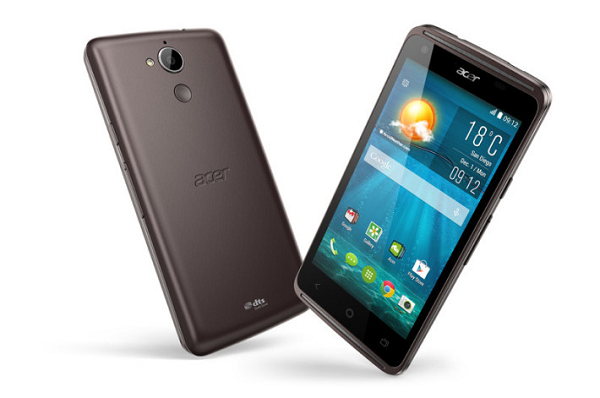 If we talk about specs then Acer Liquid Z410 of the Liquid Z410 comes with a 4.5-inch qHD (540×960 pixels) display screen, under the hood it is powered by a 64-bit MediaTek MT6732 processor paired with ARM Mali-T760 GPU. At back it includes a 5-megapixel rear-facing camera and a 2-megapixel front-facing camera  which provides 80-degree wide-angle lens, Acer Liquid Z410 also features a front-facing speaker powered by DTS Studio Sound. The company has not revealed the amount of RAM, storage, and battery capacity of the Liquid Z410 budget smartphone.

Acer Liquid Z410 also features AcerEXTEND which allows users to control it via cable or wirelessly via Windows-based PC.

Acer Liquid Z410 also comes with Acer QuickTouch feature which allows users to control phone with one-finger gesture like Swiping a Z shape on the locked display will launch the music player and swiping left or right commands previous and next songs, while if you make a C shape then it opens the camera and a V shape enable dialer functions.

Another features which is present in Acer Liquid Z410 is AcerRAPID, a key which is placed right under the camera and encircled by a textile pattern which allows users to access a rich set of customizable actions with just one touch.

Zync Z605 Launched In India, Has 2 megapixel “PureView” Camera And...