Finally after so much of rumors, leaks, and news, finally OnePlus announced that the successor of OnePlus 5, the OnePlus 5T will be launched on 16 November at an event in New York. After five days means on November 21 it will be available via a flash sale in North America, Europe and in India too, and open sale will start on November 28 via Amazon.In and OnePlus.in. Same OnePlus 5T will be available from December 1st in the home country, China. 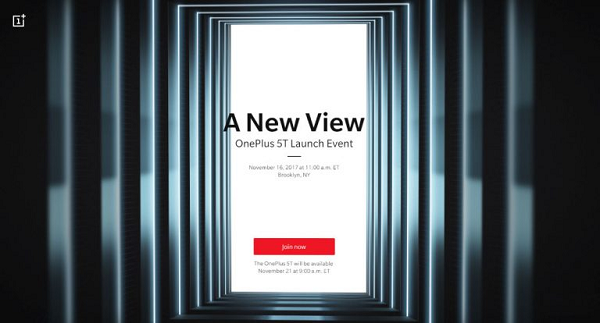 When it comes to the specs, we have already got plenty of leaks and rumors which has already revealed all about this upcoming device. OnePlus 5T will have a 6.01-inch Full HD+ display with 18:9 aspect ratio, this display will have 2017 touch and will carry very thin bezels.

When it comes to the photographic front, OnePlus 5T will have an improved dual 16MP+16MP rear snapper and there will be a 20MP front camera as well. And when it comes to software front it will run on Android 8.0 Oreo right out of the box as well.