Asus is all set to make its presence in the upcoming Mobile World Congress 2018 where Asus is expected to make announcements of a couple of smartphones, yes there will be some more launches as well like the tablets, laptops and if will be lucky enough then a smartwatch as well. We all know that company will make announcements about its next generation of smartphones, the Asus Zenfone 5 line up, but before anything goes official, we have started to get some leaks which give us an idea what company is having under their sleeves. 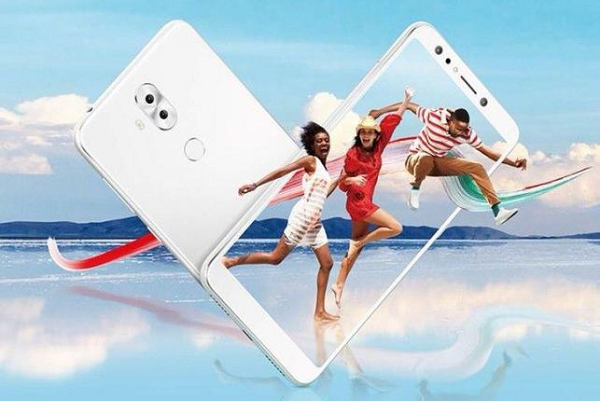 The popular leaker, Evan Blass better known as @evleaks on Twitter has shared a press rendered image which gives us a fair idea how Asus Zenfone 5 Lite will look and what it will have for us.

This device will join the league of 18:9 ratio smartphone and will have a Full HD+ display at the front. As of now screen size of this device is not known but it might have 6 inches of display for you.

As per the leaks, this device will have quad cameras, yes here you will have four camera’s, two at the rear and two up the front.

Recently Asus has started to roll out Android 8.0 Oreo-based update for its Zenfone 3 lineup, which means this device will be running on Android 8 based ZenUI 4.0.

Rest of the specs as not known as of now, but we will be reporting from ground zero and will keep you updated with all latest happenings of MWC. Do join us on the Facebook page.