As expected, China-based smartphone company Huawei has launched a new camera-centric smartphone, the Huawei P9 in India, from the last couple of weeks company was talking about it on their social media channels and was creating a lot of buzz there and today they have announced it this, P9 for Indian market. This smartphone was launched a couple of months back in China along with Huawei P9 Plus, but at this time company has only decided to launch P9 in India, it will be available exclusively on Flipkart at the price tag of Rs.39,999 and it will be available in Ceramic White, Haze Gold, Prestige Gold, Rose Gold, Silver, and Titanium Grey colors variants 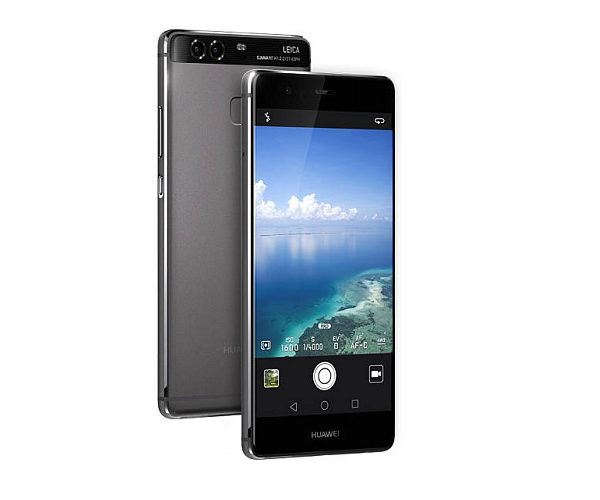 The main USP of this smartphone is its 12MP dual camera setup at the back that was designed in collaboration with Leica, this setup of dual 12MP sensors with an aperture of f/2.2 , can capture monochrome and colour images at the same time to calculate the depth of information. For selfie lovers, there is an 8MP front-facing camera as well.

When it comes to rest of the specs, you will find a 5.2-inches IPS-NEO LCD capacitive touchscreen with a pixel density of 423ppi, under the hood, it is powered by companies own HiSilicon Kirin 955 Octa-core (4×2.5 GHz Cortex-A72 & 4×1.8 GHz Cortex-A53) processor along with 3GB/4GB of RAM and Mali-T880 MP4 GPU, it comes with 32GB/64GB of internal storage which can be further expandable up to 256GB via micro SD card, it has Hybrid slot.

For connectivity, it supports Dual SIM, LTE, WiFi, Bluetooth, GPS and USB Type-C, it do come with fingerprint sensor for security and it houses a 3000mAh battery, when it comes to software front, it runs on Android OS, v6.0 (Marshmallow) which is wrapped under companies own Emotion UI 4.1.