When all manufacturers were building the big smartphones with big display screen, last year Apple has announced a small and compact version of its iPhone, the iPhone SE which comes with a small display screen and was compact to fit in one hand, although Apple couldn’t sell enough of it but many users took it and this smartphone was praised by many. At the time of launch, Apple has launched iPhone SE 16GB for Rs. 39,000 and 64GB variant for Rs. 44,000, later Apple discontinued 16GB variant and replaced it with 32GB, and after some time, its price was slashed to Rs. 26,000. 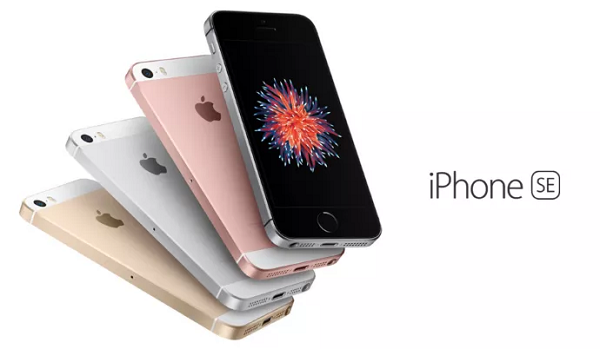 There are some rumors that company is working on the successor of iPhone SE which will be announced in 2018 and more rumors suggest that it will be Made In India, well this is something which we have to look forward in next year, but as of now, iPhone SE has got a price cut of Rs. 8000 and now its price is Rs. 17,999.

Amazon India is also offering the discount of up to Rs 15,100 when you exchange your old smartphone with it. Apart from this, there is an EMI option as well under which you will be able to buy iPhone SE Rs 873 per month.

When it comes to specs, iPhone SE comes with 4inch Retina display screen, under the hood it is powered by same Apple A9 processor and M9 motion coprocessor which we had seen on iPhone 6S, iPhone SE supports always-on ‘Hey Siri’ feature.

When it comes to the photographic front, again we have same 12MP iSight camera which we had seen on iPhone 6S which is capable of recording 4K videos and can capture Live Photos as well, at the front you have 1.2MP FaceTime Camera with the f/2.4 aperture for selfies and video calls.

For connectivity, it supports 4G LTE support, VoLTE, Bluetooth 4.2 and GPS, there is Touch ID fingerprint sensor which is embedded into the physical home button, it runs on iOS 9.3 and supports Apple Pay for virtual payments.