Yezz Mobiles, an three years old smartphone company which is still looking to find some popularity in the over crowed market of smartphone’s, now in the ongoing Consumer Electronic Show 2015, company has launched a Windows Phone 8.1 powered smartphone, the Yezz Billy 5S LTE, it is the successor Billy 4.7 which was launched in October last year. When this mid-range smartphone will hit market is not yet known, so we should not expect any dates for India launches. 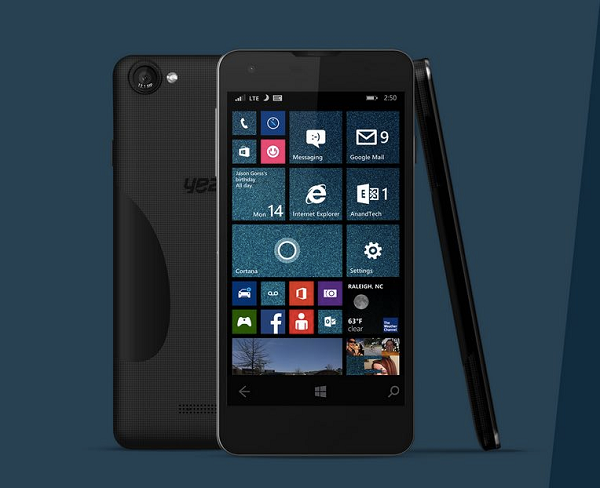 If we talk about specs then Yezz Billy 5S LTE flaunts a 5-inch IPS HD multi-touch display screen, under the hood it is powered by a 1.2GHz quad-core Snapdragon 410 processor paired with Adreno 306 and 1GB of RAM, it also includes 8GB of internal storage which can be expanded up to 32GB via a microSD card.

If we talk about photography front then it features a 13MP rear snapper along with LED flash and a 5Mp front facing selfie camera, for connectivity it has got dual-SIM, 4G LTE, 3G, Wi-Fi, Micro USB, GPS and Bluetooth 4.0, as told earlier Yezz Billy 5S LTE runs on Windows Phone 8.1 right out of the box.

Price and launch dates are not yet known for this device but we could hope it will hit market in Q1 of 2015.