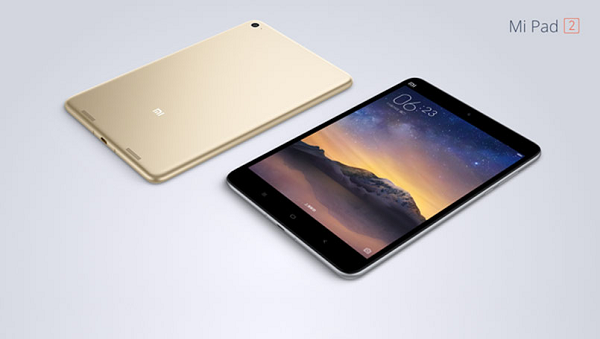 As compared with its predecessor predecessor, it now much slimmer as it is just 6.95mm as compared to 8.5mm before and lighter as well, it weighs just 322 grams, while the Mi Pad weighs 360 grams, it will be available in two color variants – Dark Grey and Champagne Gold.

When it comes to photographic front, it features an 8-megapixel f/2.0 camera along with a 5-megapixel wide angle selfie camera up front, it houses an 6,190mAh battery, to which company claims is good enough for up to 648.8 hours on standby mode. For connectivity it supports Wi-Fi 802.11ac, Bluetooth and USB Type-C port.