As previously rumored that Nokia is working on its Lumia phablet has come up in news again as @evleaks as leaked a screenshot of Nokia Bandit aka Lumia 1520 which shows three column tile interface with double wide tile in a row, and a some of Nokia’s apps displayed on the homescreen. 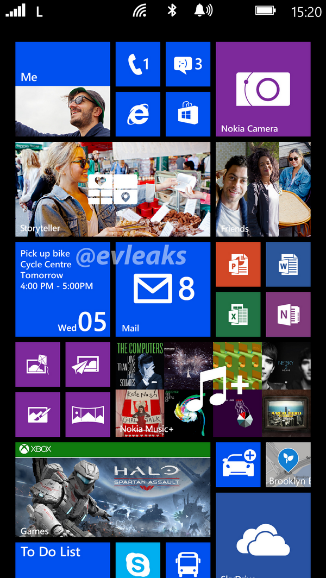 Nokia bandit is rumored to have 1080p display and runs on Windows Phone 8.1 OS which comes with GDR3 update that brings support for 1080p displays. It might be powered by Qualcomm processor and sport a 20-megapixel PureView camera on the rear.

Nokia is supposed to launch this and its Windows RT tablet aka Sirius on September 26.