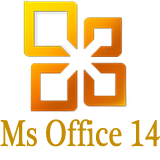 Microsoft has announced the releasing dates of upcoming Ms Office 14:-

Starting today, consumers who purchase and activate Office 2007 will be able to download Office 2010 at no additional cost when it becomes available in June 2010.

All you need to be eligible for this program – Office 2010 Technology Guarantee – is the following:

The Office 2010 Technology Guarantee will be fulfilled online, via download, at no additional cost.

For more information about the Office 2010 Technology Guarantee, and to sign up for an e-mail reminder when Office 2010 is available, visit www.office.com/techg.

In addition to the Office 2010 Technology Guarantee, were excited to confirm that Office 2010, SharePoint 2010, Visio 2010 and Project 2010 are on schedule and will release to manufacturing (RTM) next month.

For businesses, we will launch the 2010 set of products, including Office 2010, SharePoint 2010, Visio 2010, and Project 2010 worldwide on May 12. To find out more about the Worldwide Business Launch, visit http://sharepoint.microsoft.com/businessproductivity/proof/pages/2010-launch-events.aspx.

For consumers, Office 2010 will be available online and on retail shelves this June. Until then, you can get the Office 2010 beta at www.office.com/beta.

[How To] Completely Remove MS Office 2013

Embed Fonts Into MS Word Or MS PowerPoint While Sharing