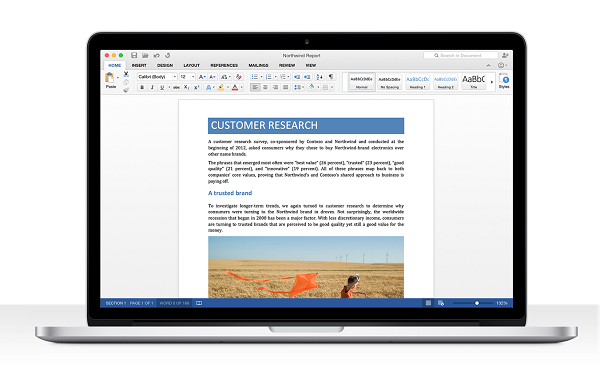 Well all good news as of now, lets have some bad news as well, MS Office For Mac 2016 is still in beta phase and there might be some bugs which you can face while using it, I know its not a bad news for most of you guys out there and you must be looking forward to get your hands dirty on it.

Microsoft Office For Mac 2016 also comes with deep integration with cloud services like OneDrive, OneDrive for Business and SharePoint.

If you have a Mac running on Yosemite (10.10) then you are good to go, Its a big and bulky software which measure around 2.5GB and you can download it from products.office.com/en-US/mac/mac-preview, once downloaded simply install it like any other software and once install you will have Word, Excel, Outlook, PowerPoint and OneNote which you can start using.

[Giveaway] Get MacX Video Converter Pro, SyncMate And DiskDrill For Free Worth $179.90

ABOUT US
TechnoArea brings the latest happening of the technology world to you.
Contact us: [email protected]
FOLLOW US
© 2004-2018 TechnoArea (proudly powered by iTechnixNetwork). The content is copyrighted to Rahul Sharma and may not be reproduced on other websites.
MORE STORIES
Mac