In recent times, there were news that lots of people spent their time on their smartphone while doing chatting, social media and so on, its also came to know that people are also doing shopping over their smartphone while on the go, yes right shopping on the go and that’s why more and more online shopping portals are making there website mobile friendly and fast, the recent company to join this league is LatestOne.com, one stop destination for all of you mobile covers, company also sell some mobile accessories as well. 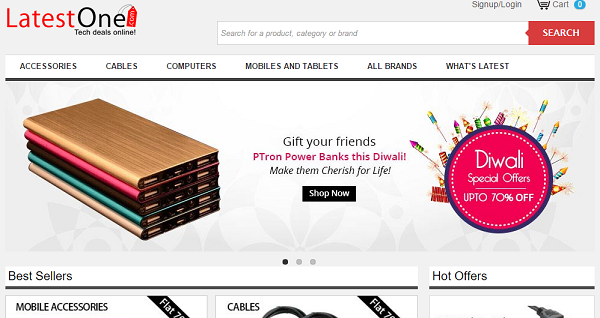 LatestOne.com has 150,000 daily visitors and due to rapid growth rate of web usage from mobile/smart phones, the site is now having 80% of traffic from Mobile devices. The challenges and bottlenecks are in the network latency, smartphone’s memory, CPU and ability to load and process the code & images quickly. A recent study found that more than 80% of people are disappointed with the experience of browsing Web on mobile devices.

Today company has announced that they had released a new version of stores platform to render the site faster, and with this release the Time to first render (TTFR) was drastically improved from 20 secs to 5 secs on 2G networks, 16 secs to 3.5 secs on 3G networks. The total download time has been reduced by 50%, which results in increase in number of orders and consequently ROI have improved by reducing loading time & bounce rate, increasing speed & conversion rates.