Last month Chinese smartphone maker Vivo has launched a new selfie-focused smartphone, the Vivo V7 in India which was specially targeted toward youth who love to take selfies, earlier to this company has announced big brother of it, the Vivo V7+. The main USP or talking point of this smartphone is its 24MP front-facing camera. Now company has launched a new color variant of Vivo V7 Energetic Blue, and this variant is priced at INR 18, 990 and the V7 energetic blue will be available both offline and online from December 20th onwards across the country. 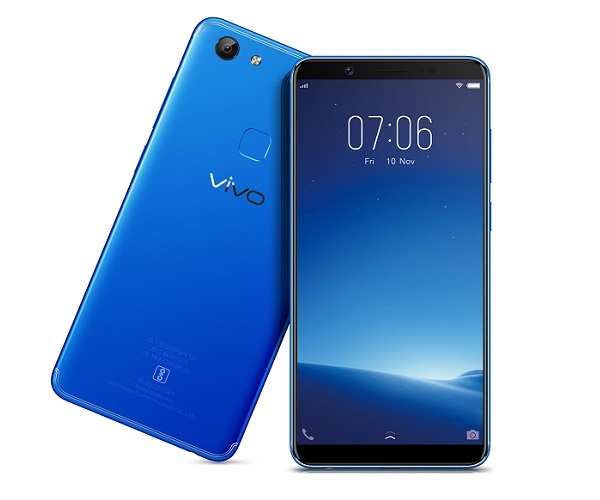 In terms of looks, it comes with full metal unibody design which makes this device more premium, edges are rounded which makes the grip on this device easier and better, there is a fingerprint scanner at the rear and it is easier to reach.

Apart from color, everything on this smartphone remains the same, when it comes to specs, it flaunts a 5.7-inch Full-View 18:9 aspect ratio HD display (720×1440 pixels), under the hood, it is powered by Snapdragon 450 octa-core processor clocked at 1.8GHz along with 4GB of RAM and 32GB of internal storage which can be further expandable via a dedicated memory card slot.

As told earlier, the main USP of this smartphone is its 24MP front-facing camera. This front facing camera comes with lots of modes and highly popular Beauty Mode is also upgraded here to Beauty Mode 7.0 which now works more perfectly and enhance skin tone more naturally.

You can also capture images or videos in portrait mode using the front facing camera which allows you to blur the background and keep the subject in main focus. At back, you have a 16MP rear-facing camera with faster autofocus and f/2.0 aperture, this device can capture 1080p videos with both front and rear snappers.

When it comes to connectivity, it supports Dual SIM, LTE, VoLTE, WiFi, Bluetooth, GPS, and Micro USB. When it comes to software front, it runs on Android 7.1 Nougat wrapped under FunTouch OS 3.2.