Last month Xiaomi has launched its LTE enabled Redmi Note 4G and to give it a stiff competition, YU has launched its first Cyanogen OS powered device, the YU Yureka which went on sale for the first time. Now after getting stiff competition from these two devices Asus has launches its Zenfone 5 16GB variant in India at Rs. 9,999 and will be available on Flipkart in Charcoal Black, Pearl White, Cherry Red, and Champagne Gold variant. 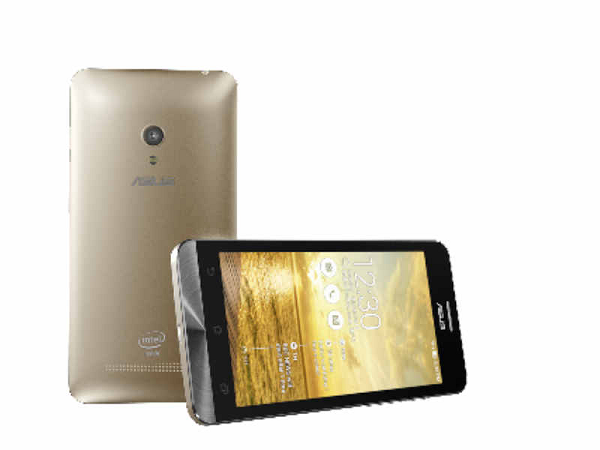 Asus has launched Zenfone 5 8GB back in July 2014 at the price tag of Rs. 9999, today company has launched 16GB variant at the same price tag. As has cleverly made this move at that time when we are seeing flash sale ware between YU Yureka and Xiomi Note 4G, but there is now such case of flash with Asus Zenfone 5, you can get it from Flipkart.

The main difference between YU Yureka/Remi Note 4G and Asus Zenfone 5 is that the Zenfone misses LTE, but if we consider Indian 4G market scenario then we dont see its a major issue as its a long way to go for 4G/LTE in India to become available in Indian market and it will rarely affect consumers decision.

Apart from storage, rest of the features are same as of Asus Zenfone 5 8GB like it has a 5-inch display with 720p HD resolution, under the hood it is powered by an Intel’s Atom Z2560 processor clocked at 1.6GHz with 2GB of RAM and PowerVR GPU.

At back it features an 8-megapixel PixelMaster primary camera with image stabilization, backside-illumination (BSI) sensor and wide-aperture f/2.0 lens, at front it has 2-megapixel front camera takes sharp selfies. It houses a 2,110mAh battery, a little higher than the 8GB variant, for connectivity it has 3G, WiFi Micro USB, GPS and Bluetooth As per software front it runs on Android 4.3 Jelly Bean wrapped under ZenUI which can be upgradable to KitKat