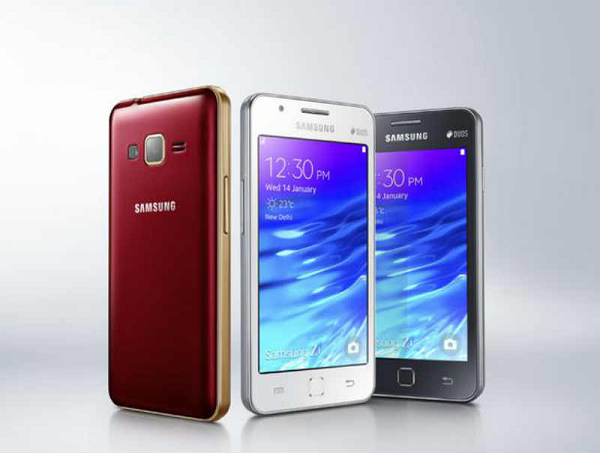 If we talk about specs then Samsung Z1 flaunts a 4-inch WVGA PLS TFT display screen with screen resolution of 800×480 pixels, under the hood it is powered by a 1.2GHz dual-core processor along with 768MB of RAM, it also includes 4GB of internal storage which can be expandable up to 64GB via microSD card slot.

As per photography front Samsung Z1 has a 3.1-megapixel primary snapper which comes with ‘Dream shot’ and auto face detect. and a VGA front-facing camera, for connectivity 3G, GPS, Wi-Fi, and Bluetooth 4.1 and Micro USB, it houses a 1,500mAh battery which can provide up to 7 hours of video playback, and 8 hours of talk time, as told earlier it runs on Samsung’s inhouse developed Tizen 2.3 OS. It will be available in white, black and wine red.

This phone comes with some features which helps you reach for help quickly, like if you four times press then an SOS alert will kicks off and it will send out a ‘Help’ message to your primary contacts and also helps them track location to provide necessary assistance. Samsung Z1 also features a ‘Private Mode’ which helps users hide their personal pictures and files.

Samsung Z1 comes with 14 regional languages, in terms of software’s it do comes with a built-in AntiVirus protection which checks for any viruses whenever you install an app, check for email or receive an SMS, it also be checked phishing SMSs, if anything fishy is detected then AntiVirus will notifies users that virus has been detected and allows you to delete the message right away, even without opening it.

At this price point and specs it will compete with Android One smartphones as well as the Moto E and Xiaomi’s popular Redmi 1S.