Today China-based smartphone makers Huawei has launched its latest flagship smartphone under its Honor sub-brand, the Huawei Honor 8 Pro in India. Originally this phone was launched in China as Honor V9, but company has made some tweaks to it and launched it as Honor 8 Pro in India. Compnay has priced it at Rs. 29,999 and it will be exclusively available on Amazon India from 13 July onwards, and if you are an Amazon Prime member then you will be able to buy it from 10 July. 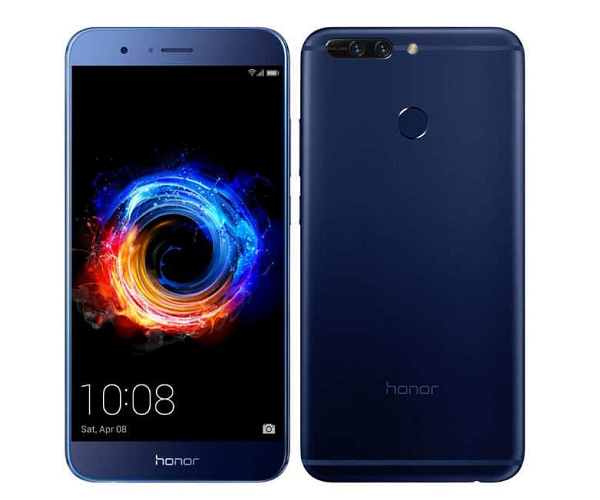 Just like Honor 8 and Honor 8 Lite, here on Honor 8 Pro the main highlight is its dual camera at the back, here you will get two 12MP cameras, one will be able to capture monochrome black & white images, while another one will be able to take RGB images.

Another notable feature on this device is Qlik app which is the result of Honor and GoPro’s partnership, this allows you to make a collage of videos from your device, let’s say you have couple of videos on your device, what you can do is open those videos of Qlik app and it can combine them and then you can add background music and filters to it.

When it comes to rest of the specs, the Honor 8 Pro flaunts a 5.7-inch QHD (1440×2560 pixels) LTPS LCD display which is protected by Gorilla Glass 3, under the hood, it is powered by in-house Huawei’s Kirin 960 octa-core processor along with 6GB of RAM and 128GB of internal storage, which can be further expandable 128GB using a microSD card.

As told earlier, it has dual 12MP cameras at back with dual LED flash, there is an 8MP front-facing camera as well for video calling, it houses a 4,000mAh battery, you have a rear-mounted fingerprint scanner as well.

When it comes to connectivity, you have dual-SIM (nano SIM + micro SIM) support, 4G LTE, Wi-Fi, NFC, Bluetooth 4.2 and USB Type-C. When it comes to software it runs on Android 7.0 Nougat out of the box which is wrapped under EMUI 5.1.

Huawei Ascend G7 Announced, Comes With Metal Back And Has 5.5...