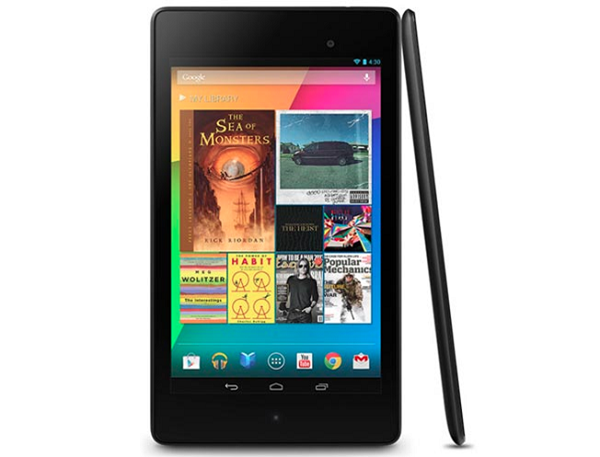 Unlike LG which has launched Nexus 5 at high price as compared with Google, Asus has stuck to the same price of Google which is Rs. 20,999 for 16GB Wi-Fi only variant and Rs. 27,999 for 32GB LTE variant.

In terms of specs, Nexus 7 flaunts a 7-inch full HD IPS display screen (1920×1200 pixels), this tablet is powered by a quad-core Qualcomm Snapdragon S4 Pro processor clocked at 1.5 GHz along with Adreno 320 GPU and paired with 2GB of RAM.

Other features of Nexus 7 is, an 5 megapixel rear snapper, and a 1.2 megapixel front facing camera, it has dual stereo speakers, and houses a 3,950mAh non-removable battery which can give up to 9 hours of HD video playback and 10 hours of web browsing.

In terms of connectivity it has HDMI output, NFC and 4G LTE support and on software front it runs on Android 4.3 Jelly Bean. However, Google has already released Android 4.4 KitKat for the Nexus 7 (2013).