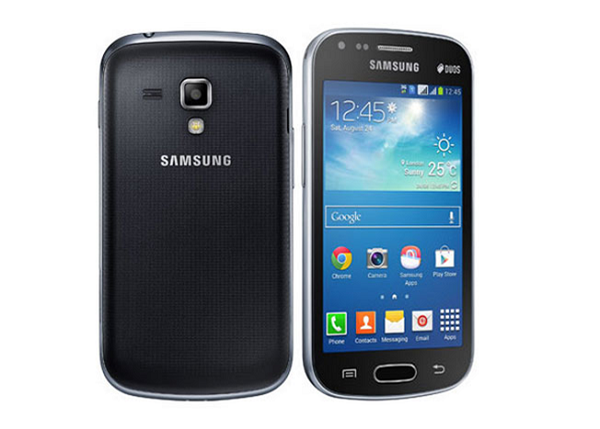 In terms of specs, Samsung Galaxy S Duos 2 flaunt an 4 inch WVGA display screen with screen resolution of 480×800 pixels, it is powered by 1.2GHz dual-core processor along with 768MB of RAM and 4GB of internal memory and support expandable memory up to 64GB via microSD card.

Other features of Samsung’s Galaxy S Duos 2 are an 5 megapixel rear camera with LED flash and a VGA front facing camera, it houses a 1,500mAh battery, which can survive up to 8 hours of talktime and 280 hours on standby mode. For connectivity it has dual-SIM card option, 3G support, Wi-Fi, Bluetooth. In terms of software front, it runs on Android 4.2 Jelly Bean wrapped with Samsung’s TouchWiz UI.

Samsung is also offering support 10 Indian languages on the device and apps like ChatOn, Facebook, Gmail and Newshunt can be customized to display text in you selected language like Hindi, Punjabi, Bengali, Tamil, Telugu, Kannada, Malayalam, Assamese, and so on.