Acer India today took the wraps off of its world renowned line of gaming series, Predator, which includes Notebook, Desktop, Projector and Gaming monitor, This eagerly anticipated line of gaming series boasts a veritable range straddling four innovative products that work in tandem with each other providing a seamless immersive gaming experience, like notebooks — Predator 15 and Predator 17 are powered by the 6th Gen Intel® Core™ i7 processors come with high-performance NVIDIA® GeForce® graphics while the Acer Predator G6-710 gaming desktop has been redesigned with up to 64GB DDR4 dual-channel memory for super smooth and high powered game-play. 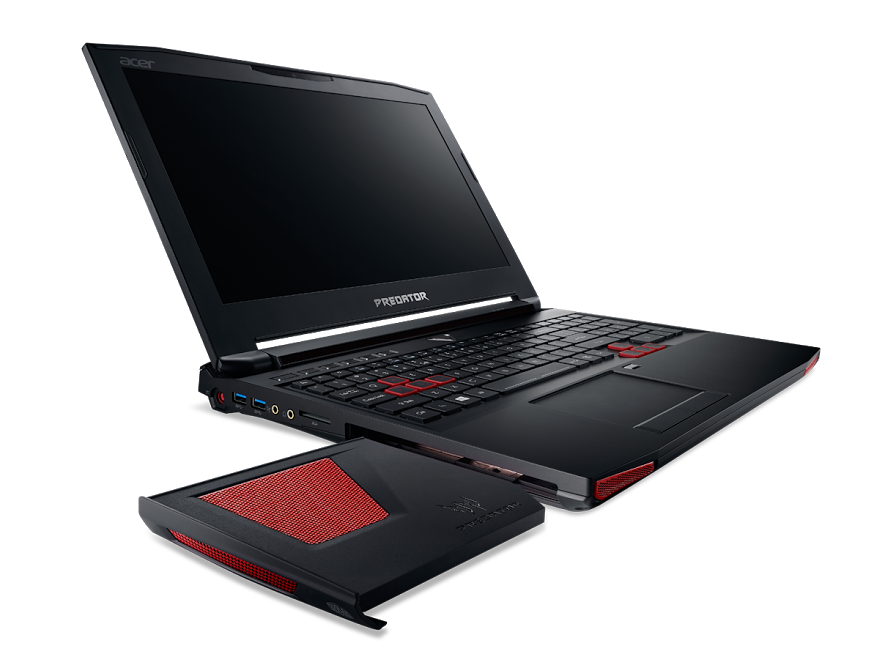 The notebook also features ‘Killer DoubleShot Pro’, a new technology that enables Ethernet and Wi-Fi connections to work together for the ultimate high-speed attack. The ‘Killer Network Manager’ determines the attributes of each link and dedicates connections to each and every app. The Predator 15 notebook line includes models with 15.6-inch Full HD or 4K (3840×2160) Ultra HD panels. The Predator 17 notebooks feature 17.3-inch Full HD displays. Both lines support up to three displays including one NVIDIA G-SYNC™ monitor for the ultimate in gaming visuals and realism.

Predator FrostCore allows them to further enhance their notebook’s performance as needed. It consists of a swappable Cooler Master fan module, exclusive to Acer, which can be inserted into the notebook’s optical disk drive bay to cool down intense gaming sessions.

Powered by the latest 6th Generation Intel Core i7-6700K processors, the Acer Predator G6 series delivers maximum power by utilizing the massive potential of the Intel processor, the latest Windows 10 OS, and houses massive 64GB of DDR4 dual-channel memory. This huge amount of RAM future proofs the G6 against new game releases, and lets the users play, stream, work or have any other computing intensive tasks running with ease.

The “One-Punch” CPU overclocking capability is combined with the IceTunnel cooling system to keep the system chilled at excess speeds, giving players an overwhelming power boost to take them through any tricky in-game situation. All of this is monitored and controlled from the PredatorSense control hub, which offers full running stats such as CPU clock rate, temperature, and the fan speed. Players can also adjust the lighting, fan and the over-clock stage through the portal. G6 runs on NVIDIA’s® GeForce® GTX 980 with UHD 4K2K (3840 x 2160) display capabilities.

Predator Z650’s short-throw technology lets you display a huge image almost anywhere, to an extent that the user will be able to project a 100” image from just 1.5 meters, High-resolution gaming is facilitated by its 1080p Full HD projection. 20,000:1 contrast ratio delivers the most vivid image, such that black and white create the highest contrast possible. Games will look crisp and clear, even when you blow them up to massive screen sizes. Z650 features an RGBRGB color wheel called ColorPurity.