Earlier this year Micromax’s sister company, YU has announced its second smartphone, the Yu Yuphoria (First Impression), which turn to be a good success for the company and they sold out nice number of units of the same.Now it seems company is gearing for the launch of successor of supper affordable smartphone, the Yu Yuphoria as same phone was recently spotted on Geekbench website which reveals a lot about this upcoming smartphone. 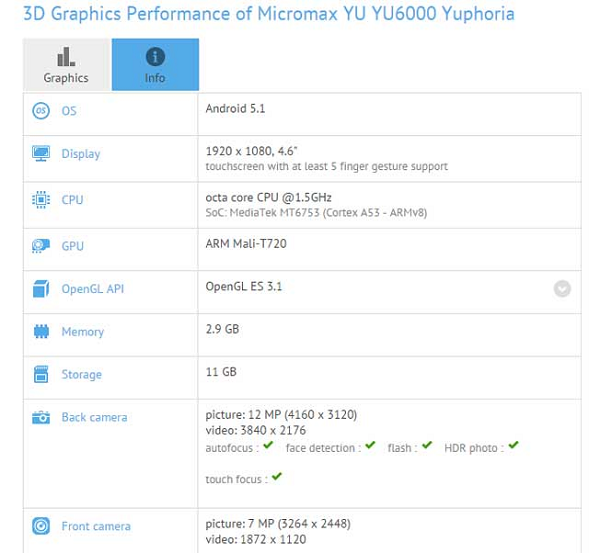 As per listing,  flaunts an 4.6-inch full HD (1920×1080 pixels) display, powered by 1.5GHz MediaTek MT6753 octa-core processor along with Mali-T720 GPU and 3GB of RAM with 16GB internal storage, when it comes to photography it might feature an 13-megapixel rear camera, 8-megapixel selfie camera.

Just t remind you, Yu is also planning to launch a high end smartphone, named Yutopia which will have top of the line specs which is due for this year as well.