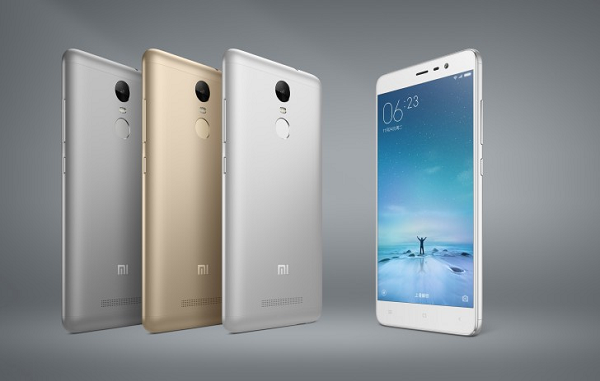 As we had seen in rumour’s, Xiaomi Redmi Note 3 comes in full metal uni-body design, and despite of being full metal body its just 8.65mm thick and weighs 164 grams which is just four grams heavier than its predecessor. Another thing which company has added in this device is fingerprint scanner which is placed below the rear camera module, Xiaomi says this sensor is ultra-fast and can unlock the device in just 0.3 seconds.

When it comes to specs, Xiaomi Redmi Note 3 flaunts an 5.5-inch full HD (1920×1080 pixels) display screen which has a dedicated Reading mode, at its heart it is powered by a 2GHz MediaTek Helio X10 octa-core 64-bit processor along with 2GB of LPDDR3 RAM, and also includes 16GB internal storage which can be further expandable via a microSD card.

Whe it comes to photography front, Xiaomi Redmi Note 3 features an 13-rear snapper megapixel snapper along with dual tone LED flash and Phase Detection Autofocus, at front you will find an 5-megapixel snapper for selfies, it houses an 4,000mAh battery and for connectivity it includes dual-SIM card slots, 4G LTE support, Bluetooth, Wi-Fi 802.11ac and GPS and when t comes to software front, it runs on Android Lollipop-based MIUI 7.