Tomorrow Xiaomi is going to host an event in Beijing where company is expected to launch two new smartphone’s, Mi 5 and Redmi Note 2, when we are just few hours away from the time when event will kick off, some new information has pop-up which suggest Xiaomi could also launch a new device, the Mi 5 Plus which means if all rumors turned to be right then we could see launches of three devices in tomorrows event. 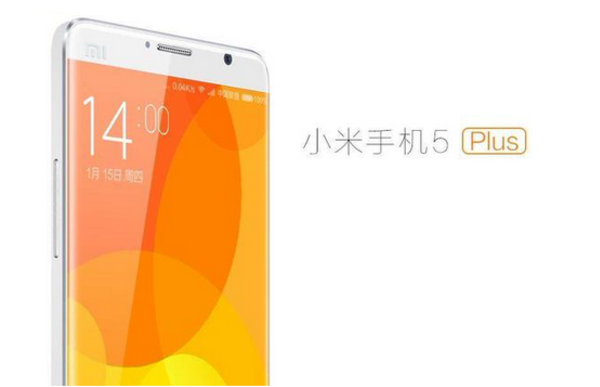 According to the leaked image we could see that this new alleged device will have slimmer body with wide screen, and thinner bezels, screen also seems to be 2.5D display, which means it will have curves at the edges. This is the all details we have at this time for this device.

If we talk about Xiaomi Mi 5, which will be the successor of Xiaomi Mi 4 and it will be Xiaomi’s flagship smartphone, as the leaks it could have an QHD screen which range between 5.2 and 5.5-inches, under the hood it might be powered by a Snapdragon 805 or Snapdragon 810 chipset along with 2GB of RAM and as per the camera front, Mi 5 is expected to carry either a 20-megapixel camera or a 13-megapixel sensor.

On the other hand he Redmi Note 2, which is the successor of last year’s Redmi Note 4G which might feature an 5.7-inch FHD 1080p 2.5D display, like we are seeing in the leaked image, under the hood it is powered by 64-bit capable octa-core Snapdragon 615 processor clocked at 1.5GHz, paired with Adreno 306 GPU and 2GB of RAM and will includes 16GB/32GB internal storage with microSD card slot, at back it will have 13-megapixel primary shooter with dual-tone dual-LED flash and a 5-megapixel front-facing camera for selfie, houses a 3,600mAh.

It could be possible that Xiaomi might rebrands the Note series to Mi Plus as both devices have very similar specs and design, like screen. It will be interesting to see what Xiaomi have in it bag for tomorrow’s event.