No doubt Apple’s iPhone is one of the most demanding and successful smartphone out there in the market, being popular is one thing but at the same time it’s costly as well and no every one of us can go for this device. Today we have a smartphone from a new company called Reach Mobile and they have launched a new device, the Reach Allure which at first sight, looks very similar to an iPhone.

Whenever I get a new smartphone for review from a new company, I am eager to know what extra they are offering inside the box, as this could change the decision in many scenarios. When it comes to inbox contents then you will get :-

It’s too many contents which you are getting inside the box.

Build And Design Of Reach Allure :-

Well this could be the USP of Reach Allure, the look and design of Reach Allure is very much similar to iPhone, there is just a single circular button at the front which looks very similar to TouchID on iPhone although it does not have fingerprint sensor in it but it gets its things done and you will get nice feedback from this button. 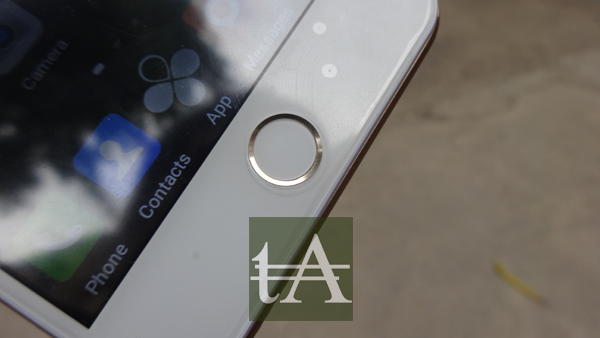 Unlike any other traditional Android devices where you will get three buttons which perform certain task like Back, Home, and Recent menu as here you have single button which does all tasks for you, like with single press you will go to the previous screen, long press will open options, double tap from any app will bring you to home screen and if you are on home screen, double press will open recent apps. Overall this single button will take some time to get used to, but once you are used to of it, then you will enjoy as you will be doing something different. 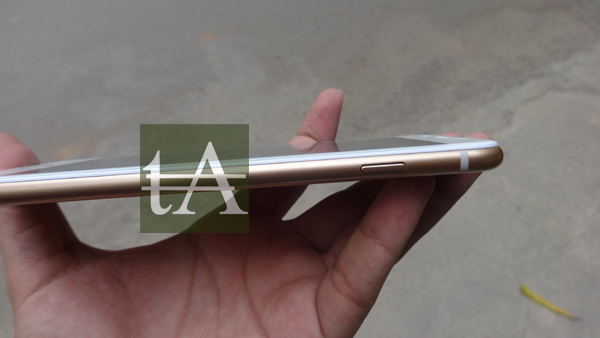 When it comes to connectivity and ports then one the right side you will find your power and sleep button, it is a plastic button and gives you decent amount of feedback. 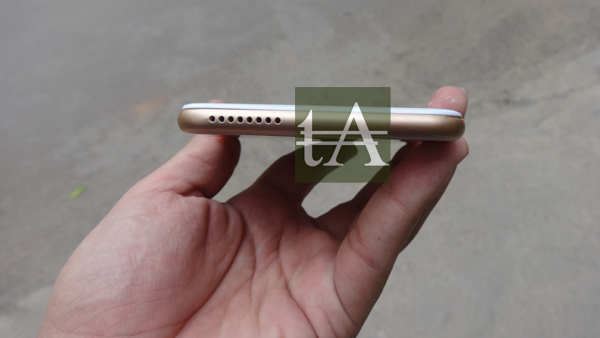 At the bottom you will find your speaker grill as speakers are placed at the bottom, audio will not get muffled when you place it on a flat surface. 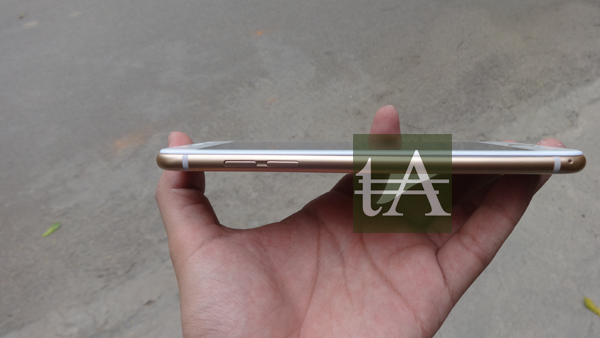 On the left side, you have your volume rockers, again plastic button and will give the decent amount of feedback over the usage.

At the top, you will find your Micro USB port for charging and data transfer, and there is 3.5mm audio jack as well for your headphone. 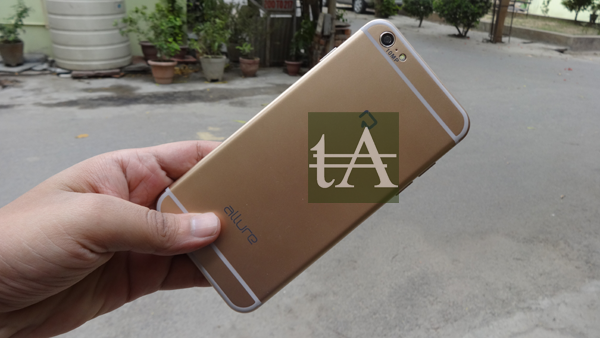 The rear of this device is again something which looks very similar to iPhone, the placement of the camera is exactly same to iPhone, however, Reach Allure has got 10MP rear snapper, along with LED flash and there is a secondary mic for noise cancellation as well. It has got curved edges which make it easier to hold and provide better grip to you. 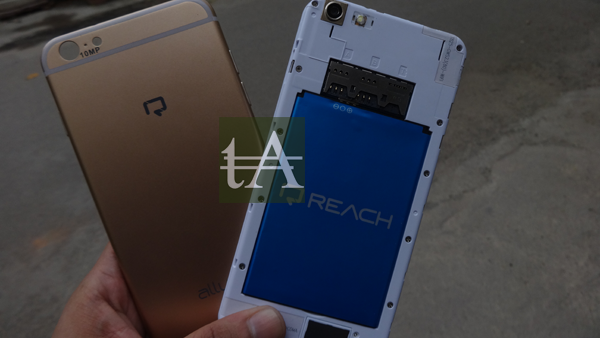 The back panel of Reach Allure can be removed and once you remove it, you will get access to Two SIM slots, and a Micro SD card slot, no hybrid slot here, along with this you will also get access to the 2600mAh battery. 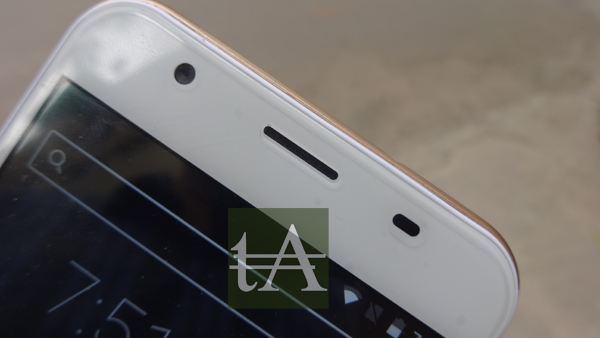 At the front, you will find 5MP front-facing camera and a 5.5inch display screen.

The overall build quality is nice and it looks nice phone in hand, some might get confused that you are having an iPhone.

Hardware And Specs Of Reach Allure :-

When it comes to under the hood features then it is powered by 1.3Ghz quad-core Mediatek MT6580 processor along with 1GB of RAM and Mali-400 GPU, it has got 8GB of internal storage which can be further expandable up to 32GB via Micro SD card. For connectivity, it supports Dual SIM, 3G, WiFi, Micro USB, GPS, Bluetooth, USB OTG, and FM Radio. 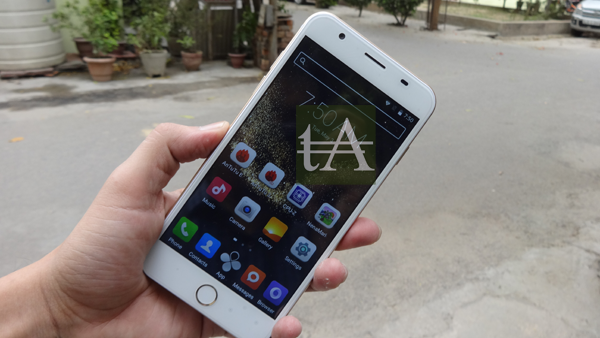 Reach Allure has got 5.5-inch display screen, the display of this device is decent enough and it can give nice feedback under direct sunlight (do consider its price). The viewing angles are also nice, however, you should not consider viewing movies in the group on this device.

Reach Allure runs on almost stock Android 5.1 Lollipop, it has only got the couple of pre-installed apps which are WhatsApp and WeChat, both are useful apps which you might use for sure.

One this which you will notice here is that the icons of apps are brought from MIUI, icons of Dialer, Browser, Music and so on are exactly the same which you will find on MIUI.

We don’t have any complaint from software or UI, it is clean, smooth and apps open in time, we didn’t find any lag while using this device, however, there was some lag while doing heavy multitasking, but you should expect this from a sub 5K smartphone.

Reach Allure comes with 10MP rear snapper with LED flash, however in our test we found out that it is not the 10MP camera, it might be enhanced by software to work as 10MP camera.

This device is capable of recording Full HD videos, but we suggest you to only record HD videos for the better result.

Images clicked even in daylight misses some amount of details, dynamic range was also not proper, but hey you can expect everything in this sub 5K smartphone. If take its prices tag into view then the camera is nice enough. Check out some sample images below. 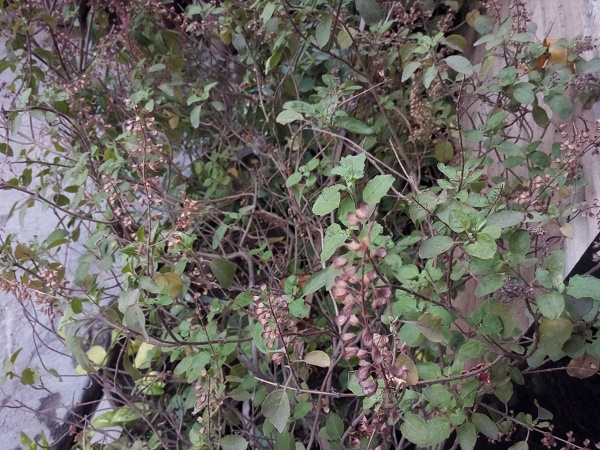 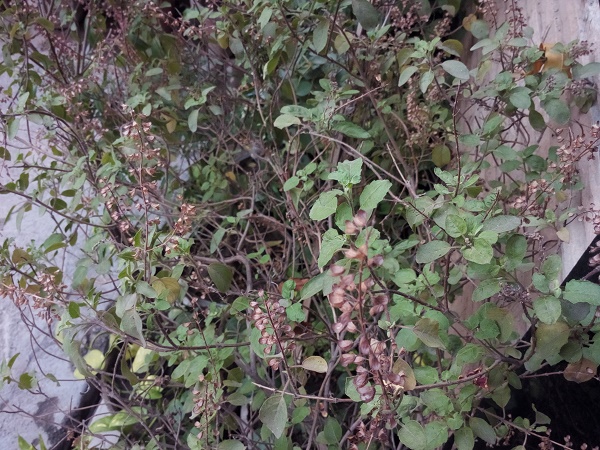 In terms of performance, we would say it gets its things done in the right way, you should not expect a sub 5K smartphone to do heavy multitasking for you, but normal multitasking cane be done on this device and you are not going to find any issue on it. Check some benchmark results below :- If we take its price into view then overall it is a good device, the display is nice, build quality kills everything here, you will get the feel of iPhone, somewhat. If you are going to buy a smartphone under 5K then you should consider this device and it should be on your list. This device is available at Rs. 4,444 only on ShopClues.