Back in February this year, Vivo has expanded its smartphone series and launched a new smartphone, the Vivo V15 Pro which has got a pop-up selfie camera, just like we had seen last year on Vivo NEX. Vivo V15 Pro was a hit from company, and company was able to sell good number of this phone, this phone is available via both online an offline mode. In India company has only launched 6GB RAM variant and at launch time said they will launch an 8GB variant in India after seeing the demand of smartphone. Company has already launched 8GB variant of Vivo V15 Pro in Malaysia. 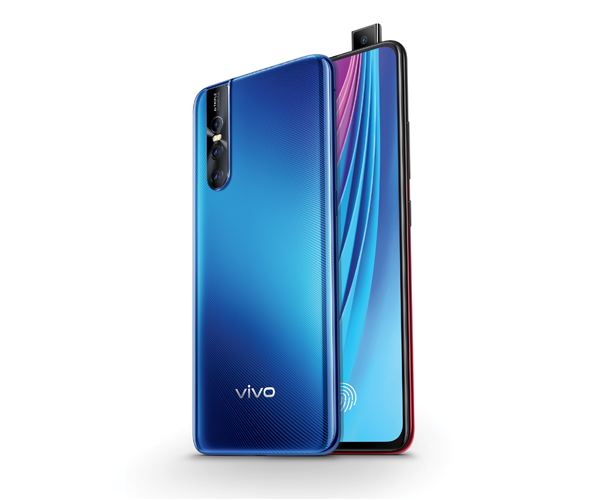 Some sources has revealed that company will slash the price of 6GB variant along with the launch of 8Gigs variant, and 8GB variant will be priced somewhere around 30K.

When it comes to the specs, Vivo V15 Pro flaunts a comes with a 6.39-inch FHD+ Super AMOLED display (1080×2316 pixels) having a aspect ratio of 19.5:9, under the hood is powered by Qualcomm Snapdragon 675 SoC along with up to 6GB RAM and up to 128GB internal storage which can be further expandable via a dedicated microSD card slot.

The much talking point of this device is its pop-up camera for selfies and video calls and a setup of triple at the rear.

At front you will find a 32-megapixel sensor on the front in a motorized enclosure, which means the front camera will be hidden until user switch to it or launch camera app to take selfies.

At rear you have a main sensor of 48MP with PDAF, and having f/1.8 aperture, then you have a 8MP ultra wide angle camera, and a 5MP depth sensor, and there is a LED flash as well at the rear.

For connectivity you have, WiFI, Bluetooth, NFC, GPS, LTE, VoLTE and Micro USB. It comes with 5th generation in-display finger print sensor which is faster and more secure than previous generation.

It houses a 3,700 mAh battery with fast charging support, and when it comes to software front, it runs on Android v9.0 Pie wrapped under companies own FunTouch OS.

iPhone 5S And iPhone 5C Got hands On Treatment