Last year Coolpad entered the Indian market with two new devices, at that time they were able to leave a mark on the market and very soon they come up with Coolpad Note 3 which is one of the successful devices from the company. The last device from the company was Coolpad Max which failed to impress most of the users as it was priced very high as compared to its competitors. 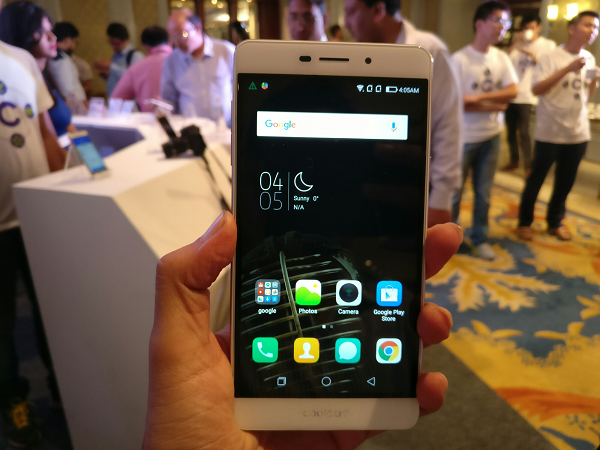 Now it seems company has learned from the last mistake and now they have come up with Coolpad Mega which is priced at Rs. 6,999 and will be available on Amazon from 24 August under flash sale.

When it comes to specs, Coolpad Mega flaunts a 5.5 Inch HD display 2.5D curved display which results in pixel density of 267ppi. Under the hood, it is powered by an MTK67353 quad-core processor along with 3GB of RAM along with 8GB of internal storage which can be expandable via MICRO SD card.

When it comes to the photograpic front, it features an 8MP camera at front and rear, for connectivity, it supports WiFi, Bluetooth, 4G, Dual SIM, GPS and Micro USB.

For software front, it runs on Android 6.0 wrapped under Coolpad UI. This device comes with the metallic body which does looks good but it misses fingerprint sensor which is becoming standard nowadays.

It is very similar to Coolpad Sky 3, the only difference between two is that Sky 3 comes with 2GB of RAM whereas Mega comes with 3GB of RAM.