As we had already told you that Vivo is all set to launch two new smartphones, the Vivo NEX and NEX S on 12th June, both of these smartphones will be based on Vivo APEX concept which company has showcased back in Mobile World Congress earlier this year. As we are just couple of days far from the launch of Vivo NEX and NEX S, accidentally Vivo has listed both smartphones on its official Vivo website which not only revealed their price but also tells what these smartphone will have. 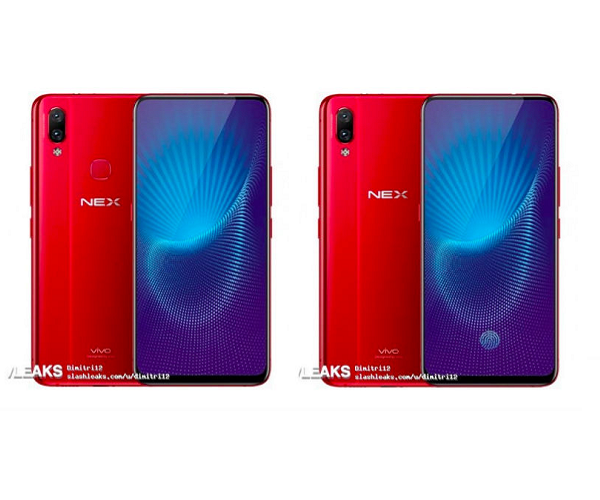 As you can see in the image that both smartphone comes with full screen display without any top-notch and bottom chin is also very small which means here you will have edge-to-edge display.

Power and sleep buttons are on the right of the device where as there is 3.5mm audio jack at the top of it and USB Type-C port at the bottom of it. At back you have vertical dual cameras along LED flash.

When it comes to specs, then Vivo Nex will have 6.59 inch Full HD+ display screen, under the hood Vivo NEX will be the first smartphone to be powered by Qualcomm Snapdragon 710 processor with 6GB of RAM, and come with 128GB of storage.

It houses a 4,000mAh battery and support fast charging at 22.5W, which mean it is faster than Dash Charging from OnePlus. It will have rear-mounted finger print sensor.

On the other hand, Vivo Nex S will have similar specs but it will be powered by Snapdragon 845 along with 8GB of RAM and comes with 128GB or 256G variant. It will have finger print sensor under the display