Samsung Gear S2 was one of the best smartwatch company has ever made, both in terms of design and usage, and it is very hard to launch an update for such a successful device, but it seems Samsung knows ho to do it, just now Samsung has announced Gear S3 which is now more powerful in terms of usage, while the design language remains the same just like last year’s Samsung Gear S2. Gear S3 comes in two variants, Classic and the Frontier. 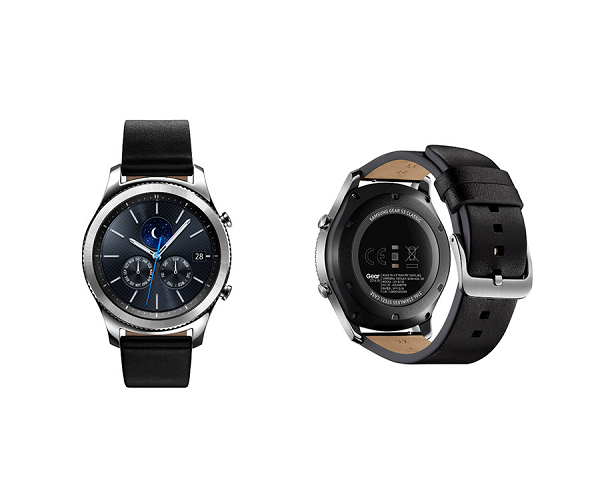 The displays on both the smartwatches are of the Super AMOLED which is protected by Gorilla Glass SR+ protection, this display does support always-on technology which lets you flaunt the beautiful watch faces. Under the hood, it is powered by 1GHz dual-core processor along with 768MB RAM and has got 4GB of internal storage.

For connectivity you have Bluetooth 4.2, NFC, MST, WiFi, while Frontier one also support LTE, while both of the smartwatches comes with speaker, for software front it runs on Tizen OS 2.3.2 update which comes with several improvements like SOS functionality, company has also improved rotating bezel with more functionality like now you will be able to rotate to accept and reject calls, Both watches are also capable of making mobile payments both over NFC as well as magnetic stripe.

Company has also improved battery of Gear S3 and now it comes with 380 mAh battery which is expected to last up to 4 days on average usage and then you have wireless charging as well. There is a heart sensor as well to monitor your pulse rate and it is IP68 rated for dust and water resistance, however, we don’t think it will work with bands made of leather.