Asus ZenWatch are one of the most beautiful and budget-oriented smartwatches you can buy in the market, company always use to announce new ZenWatch at IFA berlin, and same is the case this as well, just now company has announced Asus ZenWatch 3 which comes with all new design, this time company has ditched their rectangle dial design and now it has circular dial which is first from the company. 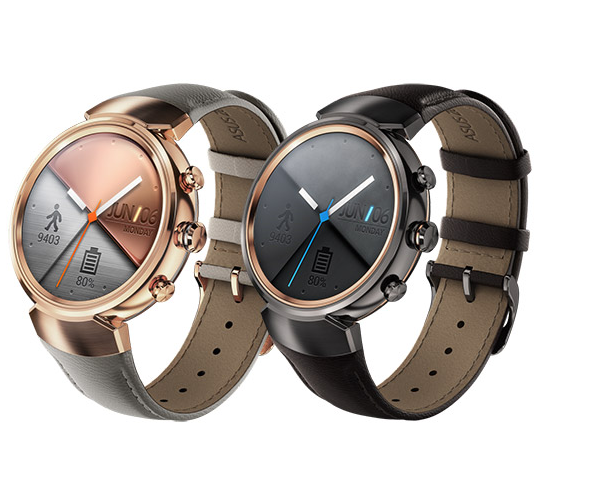 The design of Asus ZenWatch is very similar to Huawei Watch, company has managed to make it more beautiful and now it is only 9.95mm, which is less than Apple Watch. The body of ZenWatch is built using jewelry-grade 316L stainless steel, which is stronger than traditional steel and can survive daily bumps and scratches with ease, as per the company.

It has a display of 1.39-inch 360-degree AMOLED screen with a resolution of 400×400 pixels which means pixel density of 287ppi, the display here is surrounded by a rose gold metal ring, under the hood, it is powered by Qualcomm’s new Snapdragon Wear 2100 processor which was announced earlier this year along with 512MB of RAM and 4GB of internal storage.

This smartwatch is IP67 water resistance, and on the battery front, it comes with HyperCharge technology, which the company says can charge the smartwatch to 60 percent in just 15 minutes, company says it can last 2 days and if it is not enough for you then company is also selling an additional battery pack that promises 40 percent extra capacity.

Unlike last years ZenWatch, this time you will get three physical buttons on the side including crown, the functionality of crown button remains the same, while one button is customizable and you can set it according to your need, while the third button launched ZenFit app, and as name suggest, it’s a fitness app from company which measure count steps, monitor activities, and will also send an alert in case you are stationary for a long time.

As of now this smartwatch runs on Android Wear and it will be upgradable to Android Wear 2.0 when it will be launched, Asus is offering 50 custom watch faces, and if that is not enough for you, then you can also create your own customized watch faces using the FaceDesigner app.