We all know 2020 will have trend of 5G, which is still in its beta stage but this is not going to stop brands from launching 5G enabled smartphones, and some of the brands has already introduced their 5G smartphone like OnePlus, Samsung and some other, recently IQOO, sub brand of Vivo has launched their first 5G smartphone in India, now as reports are coming, Realme is also gearing up for the launch of their own 5G smartphone in India which is in talk from a very long time, but due to some reason it got delayed several times, but finally on 24th February, company will be launched Realme X50 Pro 5G in India. 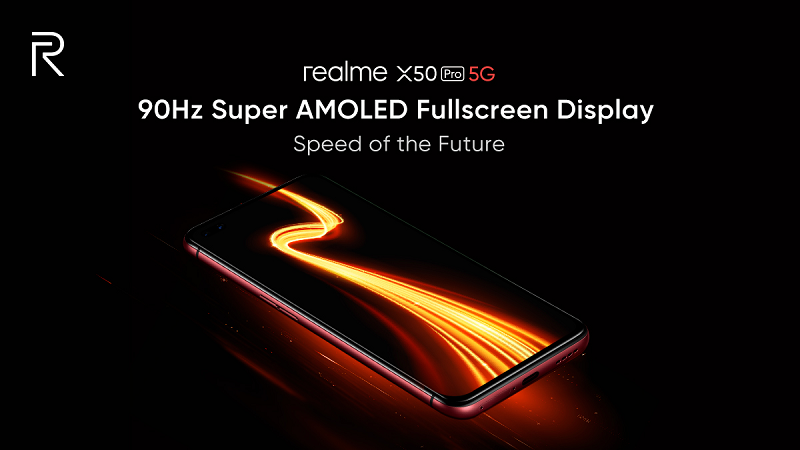 This first ever 5G smartphone from Realme will be powered by Qualcomm’s flagship processor, the Snapdragon 865 chipset, and if reports to be believed, then Realme X50 Pro 5G could be priced around Rs. 50,000.

It is important to note that 5G networks are still to be commercially rolled out here in India, but brands are still launching their 5G smartphones.

Realme has already revealed much about this smartphone ahead of its launch, like it will have have a 6.57 inches with resolution of 1080 x 2400 pixels and 401 ppi pixel density, and it will also have a 90Hz refresh rate.

Under the hood, it will be powered by Qualcomm Snapdragon 865 SoC along with 12GB of RAM and 256GB storage.

When it comes to photography front, it will have quad camera setup at the rear with 64MP main camera and will also have 12+8+2 MP, at the front you will have a 32MP snapper along with a wide angle 8MP camera with a field-of-view of 105-degrees.

When it comes to connectivity, you will have 5G, dual SIM, WiFi, Bluetooth, NFC and GPS as well. And when it comes to software front, it will run on Android 10 with Real me skin on top of it.