On October 16, Apple is expected to launch its latest smartphone, the iPhone 6S and iPhone 6S Plus in India, like always this year as well if you are waiting to get your hands on iPhone 6S then you might not be able to do so as last year we had seen iPhone going out of stock on launch day itself and there used to be huge rush in stores, so its really hard to get a device so early. 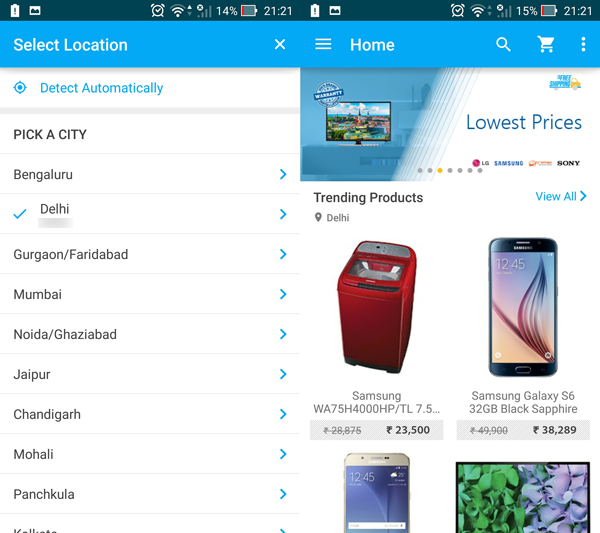 Neeraj Jain, Co-Founder & CEO, Zopper, commented, “iPhone is one of the most sought-after mobile phones in the world. By making iPhone 6s and 6S Plus available for pre-booking on our platform, Zopper is providing the Indian consumers a great chance to be amongst the first proud owners of this feature-laden smartphone. Moreover, our value-driven discount and cashback offer will ensure our users get the best deals at the best prices.”

If we talk about iPhone 6 and iPhone 6S Plus then they are slightly thicker compared with last generation iPhone, this is done to put latest hardware’s in it. To make it more strong and sturdy company has used 7000 Series aluminum casing material, means no more #bendgate this time.

Another thing which company has added is 3D Touch, now you can tap on a item on screen to launch it or you can deep press it to bring more menus to the screen, company has added a new sensor which recognized the difference between the kind of taps is by Taptic engine.

Under the hood it is powered by brand new third-generation A9 64-bit processor which is 70 percent faster than an A8 processor, and offers up to 90 percent better graphics performance, it has also got M9 co-processor, which will be always on as per company, which confirms a report that Siri will always be always listening to you and if you say ‘Hey Siri’ it will wake up.

Another change which company has made is in camera, both devices comes with 12MP rear snapper and a 5MP front facing camera, but the iPhone 6S Plus has also got OIS (Optical Image Stabilization) feature which is not there in iPhone 6S. Both of the devices are capable of recording 4K videos from rear snapper and 720p videos from front facing camera.