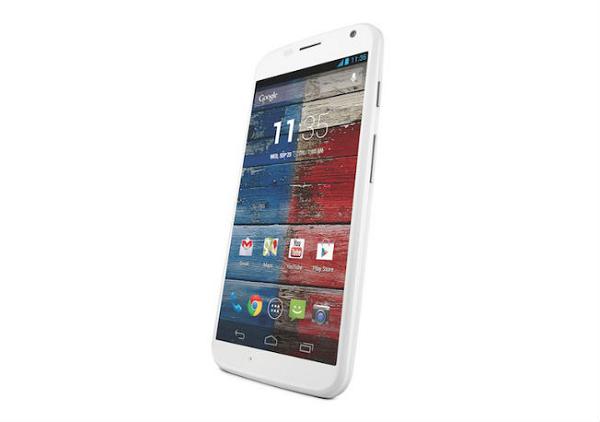 After so much leaks and rumors finally Motorola has unveiled its much awaited Moto X phone in an event yesterday. This is the first phone from Motorola after it has been acquired by Google 2 years back.

Motorola has concentrated more on user experience than hardware specs, just like we had in iPhone. As per Motorola users need not to touch the phone to get information, they had included battery which can last all day, has a camera which takes great photos as well.

Moto X has 4.7-inch Super AMOLED 720p display, it is powered by a custom Qualcomm Snapdragon S4 dual-core processor that has two Krait 300 cores clocked at 1.7GHz along with 2 GB of RAM and a quad-core Adreno 320 GPU, Motorola has also included 2 DSPs, One always listen “Ok Google Now” command to fire up Google Now and other keeps track of phones motion to wake it up.

For a touch free user experience, you just need to say Ok Google Now, even if phone is in sleep mode which will wakes it up and launch Google Now App, if you pick up phone then it will displays time and notification icons. Rather than using main processor which will drain battery, Motorola is using two low powered DSPs for these tasks.

It has 10 MP Clear Pixel (RGBC) camera at back and a 2 MP camera at front, Motorola claims that its camera allows users to snap photos from lock screen which has shortest time interval when compared to rival smartphones. A flick of wrist will send signal to phone that user wants to click photo and it will turn camera on automatically.

The main thing in this phone is that Motorola is offering over 2000 customization options in which you can select back panel, signature at back, accents and much more. Currently this is limited to US only, let see whether Motorola will extend this to other markets or not.