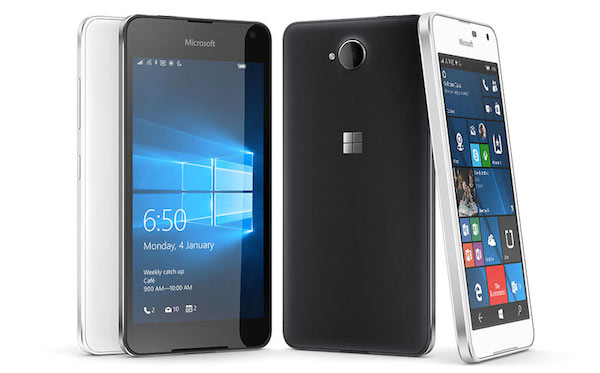 Microsoft has said this device is specially built for enterprise as it comes with the slim package and comes with Microsoft productivity and security suites. Microsoft has also said they had included some business apps like Office 365 and Uber. It also allows IT to test the latest Windows 10 Mobile updates against the critical line of business systems and apps.

When it comes to specs Lumia 650 flaunts a 5-inch HD (1280×720 pixels) AMOLED ClearBlack display screen with pixel density of 297ppi, display is protected by Corning’s Gorilla Glass 3 protection, at its heart, it is powered by Qualcomm’s Snapdragon 212 quad-core processor which clocked at 1.3GHz and paired with 1GB of RAM, it has also got 16GB of internal storage which can be further expandable up to 200GB using a microSD card.

For photography, Lumia 650 is equipped with an 8-megapixel autofocus rear snapper with f/2.2, 2x digital zoom and LED flash, at the front, it has got a 5-megapixel f/2.2 wide-angle selfie camera.

For connectivity, it includes 4G LTE support, Bluetooth 4.1, NFC and Wi-Fi 802.11 b/g/n, it houses a 2,000mAh battery that Microsoft claims is good enough for up to 16 hours of talktime and up to 26 days on standby mode, and on the software front, it runs on Windows 10.