Right from the acquisition of Nokia business, we have seen Microsoft is playing very aggressively, specially in affordable market, and now you will see more and more launches are being made in short span of time, and now Microsoft is done with Nokia branding and now they are launching more and more affordable smartphone, and the latest one to joining the league is Microsoft Lumia 540 which company has launched couple of months back in India in sub 10K category. 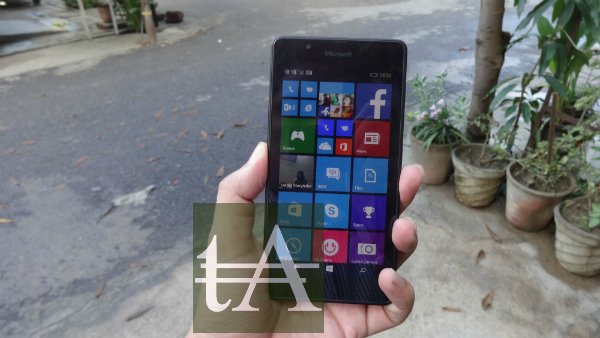 If you are looking for a smartphone with which you can start your smartphone journey then you can surely take a look on this smartphone, on paper its specs might not impress you but dont compare it with Android devices as both have their own OS which differs a lot. So without any due lets start our review.

Build And Design Of Microsoft Lumia 540 :-

In terms of design, Microsoft Lumia 540 carries most of the design and build language from its predecessor, the Lumia 535 which company has launched earlier this year. The review unit which we have got has black back panel with matte finish, there are three more colors variant available, White, Blue and Orange, all of them carries glossy back panel which do looks attractive but at the same time will invite lots of finger prints and smudges also. 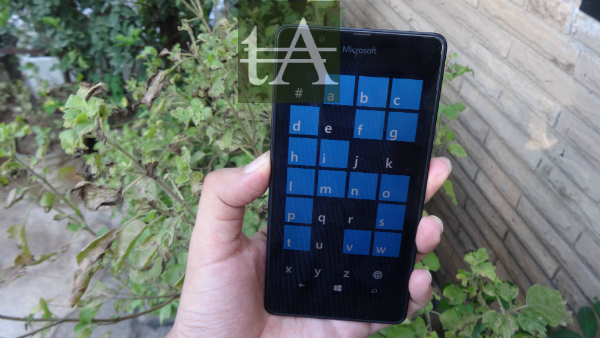 Front of the device is full black, thanks to the on screen buttons. When it comes to connectivity and ports then on left side you will find a power and sleep button, followed by your volume rockers, all are plastic buttons and will gives decent amount of feedback. 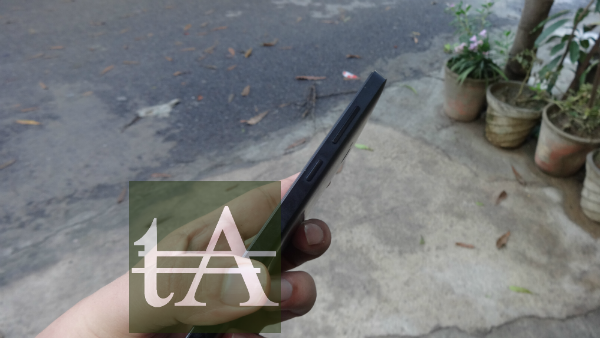 At bottom you will find a Micro USB port for charging and data transfer, there are no port or connectivity on left side of the device. 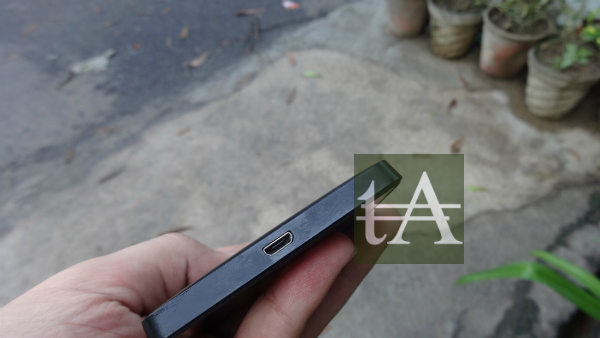 At top you will find only a 3.5 mm audio jack for your headphone. 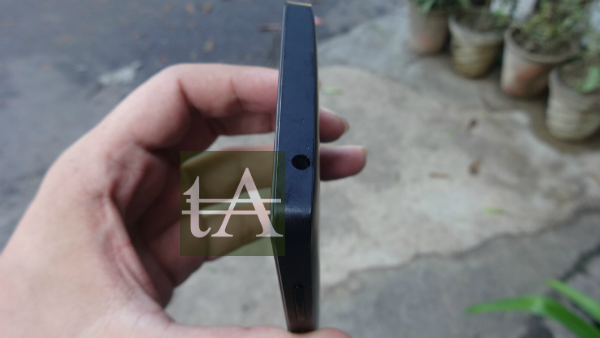 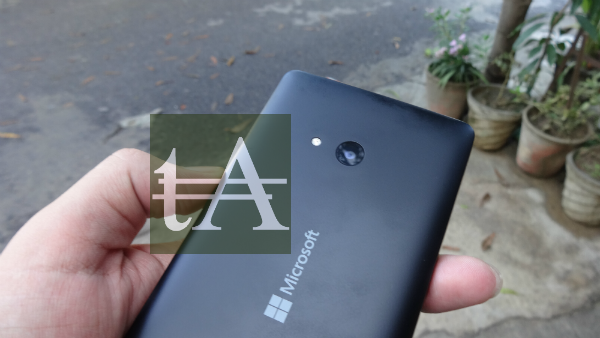 At back of the device you will find a 8MP rear camera along with LED flash, there is no secondary mic for noise cancellation on this device. As told earlier this device comes in four color variants, where Black carries matte finish, while White, Blue and Orange has glossy finish. Back panel of this device can be removed and once you remove it, you will get access to your two SIM lots, micro SD card slot and a 2000 mAh battery. 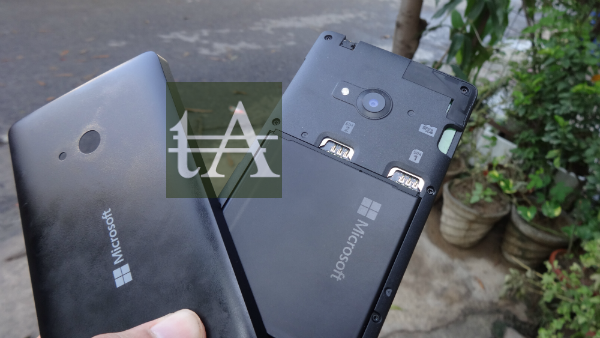 At front you will find 5 inch display panel which looks sharp and clear, above display you have 5MP front facing camera which is good for taking selfies, or sometime groupfies or wefies. We found that company hasnt wasted space on device and that’s why this 5 inch device can be hold easily in hand with any issue. The material which company has used on this phone were outstanding and we are impressed with it.

Display of Microsoft Lumia 540 is something which we think gives an edge over other devices available at same price tag, it comes with 5 inch HD display panel with ClearBlack technology, which provides nice viewing angles and when we have tested it under direct sunlight then results were decent as well. 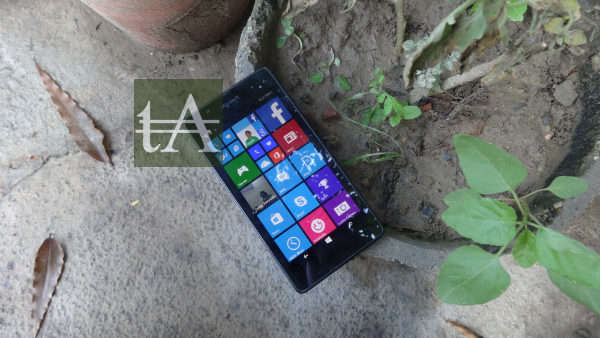 Screen Glance technology shows all notification on your lock screen which ultimately save your battery and now you dont have to lock and unlock screen to view whats new has arrived on your phone. However it doesnt have Corning Gorilla protection which means you have to give extra care to the screen.

Hardware And Specs of Microsoft Lumia 540 :-

If we talk about its features then Microsoft Lumia 540 features an 5-inch HD IPS display screen with screen resolution of 1280×720 pixels, under the hood it is powered by 1.2GHz Snapdragon 200 quad-core processor paired with 1GB RAM, it also includes 8GB of onboard storage which can be further expandable up to 128GB via microSD card. For connectivity it include dual-SIM, 3G , Wi-Fi, Bluetooth, GPS and Micro USB, it houses a 2,000mAh battery.

When it comes to software section, Microsoft Lumia 540 runs on latest version of Windows Phone OS, the Windows Phone 8.2 update and company has promised that it will get Windows 10 update once its ready.

Home screen looks good on this device, and live tiles on it does adds value for company and users as well. Just like other devices here too you will find lots of pre-installed apps on your first boot like BBM, Facebook, Foodpanda, Gameloft Hub, Jabong.com, Paytm, Redbus.in, Star Sports, TrueCaller and some other which might be useful for some of you but for us, its simply a bloatware and takes space on the device.

We do like some of company’s apps like Skype, Office, OneDrive Lumia Camera, Lumia Selfie, Lumia Storyteller, Lumia Cinemagraph, Lumia and Creative Studio which are also the part of pre-installed apps but these are very helpful for you.

Microsoft Lumia 540 comes with 8MP rear camera with f/2.2 aperture and 28mm focal length, this device is powered by Snapdragon 200 which do support 720p video recording but still dont know why company hasnt included it, you can only record 848x480p resolution videos fron rear as well as from front 5MP camera.

When it comes to image quality, this device can capture nice set of images with rear as well as front facing camera, images captured in good light like in daylight came out very nice with great level of details, colors looks nice and there were no noise in the image as well.

Here are some sample images we have captured using Microsoft Lumia 540 Camera :- 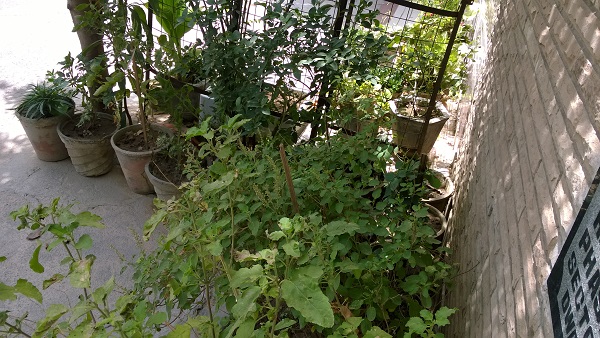 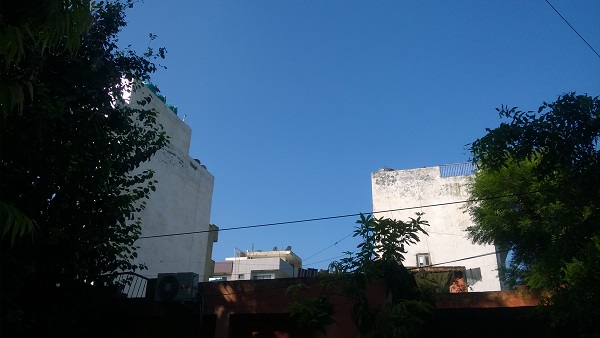 It comes with 2000 mAh battery, in our test this battery lasted for 8 hours 43 minutes in video loop test. In our moderate usage it lasted for 15 hours, when we used WiFi, made calls, played some game and surf internet.

Performance Of Microsoft Lumia 540 was above average in our test, we were pleased with its display and its build quality, it do feel like a nice device in hand and the material which company has used is also very nice. However we were expecting HD video recording support in it which is missing.

If you want more features and more power then you can find lots of Android phones in this segment, but again I would suggest dont compare Android and Windows Phones specs on paper.