Most of us were correct, on Thursday Samsung has launched two new mid range smartphone’s in its ‘J’ series, the Samsung Galaxy J5 and Galaxy J7,, company has announced these phones last month in China and they are already available there for purchase, but the variant which Samsung has launched in Indian market are little different from those which are available in China in terms of processor, ROM and screen. 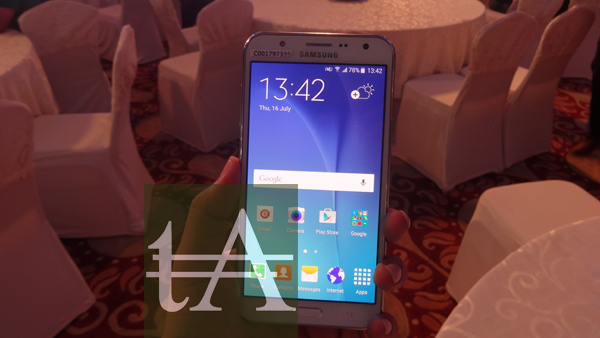 This is the first time when Samsung has selected exclusively online only model, despite of having such a large presence in retail stores but still company selected online only model, might be to reduce the cost of the devices, and if this is the reason then we must company has succeeded in this. At launch event we got some time to play with these two devices. 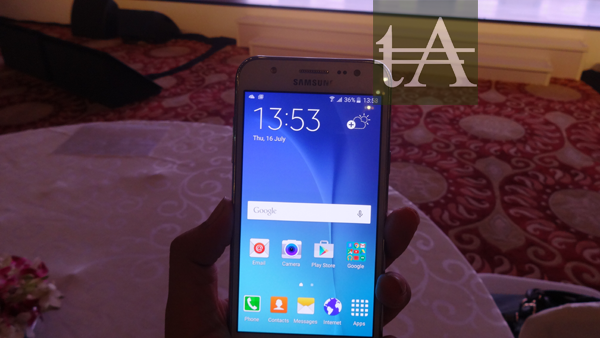 Build And Design Of Samsung Galaxy J5 And J7 :-

In terms of build and design, both of these devices seems very similar, yes they differ in terms of their display as J5 has 5 inch super AMOLED screen whereas the J7 has got 5.5 inch SUPER AMOLED screen which looks quite well. 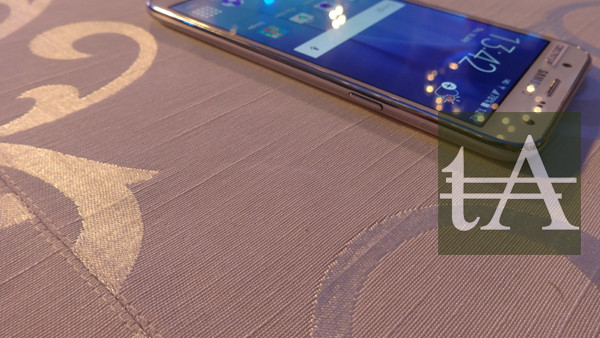 When it comes to connectivity and ports then first you will note that it has got metal frame which runs all across its body, if you own a Samsung device which you have purchased in recent time then you will find it very similar to that, on right side you will find power and sleep button, on left side you have volume rockers, they do like a metal button but actually they are not. 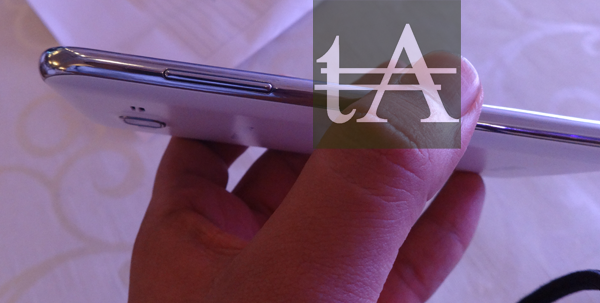 At bottom you will find Micro USB port, 3.5 mm audio jack and your primary mic, there is nothing on top of the device. 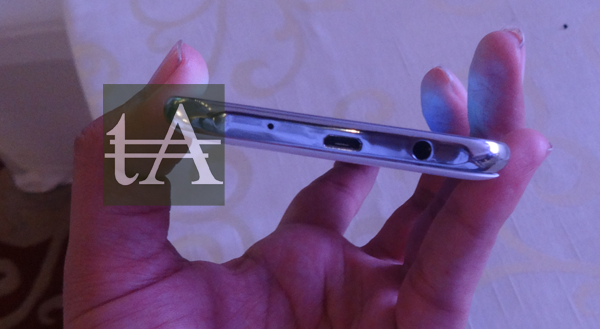 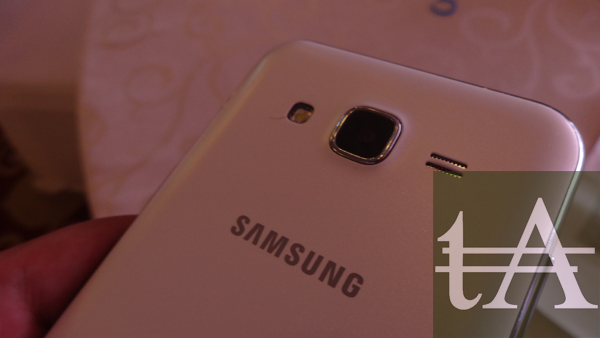 When you remove back panel you will get access to your dual SIM slots, micro SD card slot and a battery of 2600 mAh battery on Galaxy J5 or 3000 mAh on Galaxy J7. 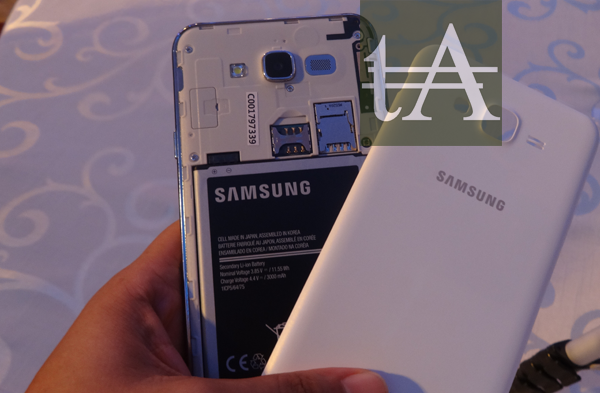 At front of the device you will get an 5MP front facing camera on both of the device, there is also and LED flash or we would say LED torch at the front, why we are saying it as torch is because when you turn your flash on using front camera, this flash keep on and doesnt sync with camera. 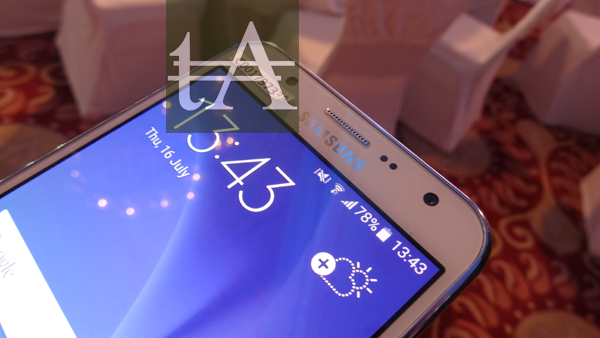 Below your camera you will 5 inch display screen on J5 and 5.5 inch screen on J7, and below it you have three buttons which you will find on most of the Samsung devices.

Hardware and Specs of Samsung Galaxy J5 and J7 :-

Samsung Galaxy J5 comes with 5inch Super Amoled display, with HD screen resolution of 1280x720pixel, under the hood feature it is powered by 1.2GHz quad-core Snapdragon 410 SoC coupled with 1.5GB of RAM along with 8GB (4.5GB will be available for end user) of internal storage which can be expandable via microSD card (up to 128GB). Samsung Galaxy J7, specs are almost similar apart from 5.5 inch Super Amoled HD screen, powered by an 1.5GHz octa-core Exynos 7580 processor, 16GB internal storage (11.5GB will be available for end user) which can be expandable via microSD card (up to 128GB). For connectivity both devices has 4G, 3G, Bluetooth v4.1, Wi-Fi, NFC, GPS, Glonass and Micro-USB. 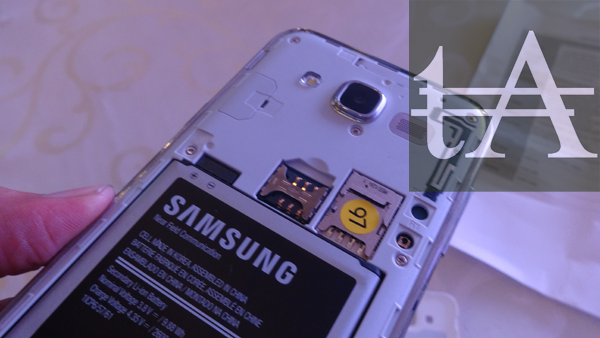 Samsung Galaxy J5 has got an display of 5 inch with HD screen resolution, whereas Galaxy J7 has 5.5 inch screen with same HD resolution which means J5 will have more vivid and crisp display when it compares with J7, however in our usage we found display on both of the devices very good with viewing angles were also very good. Color reproduction and color saturation was quite good, and its exactly what you can expect from a Samsung device, we find that display was better than other device available in market at same price.

Both of the devices runs on Android 5.1 which is wrapped under TouchWiz UI, if you love stock Android UI then you will not be happy with this UI, however TouchWiz UI was smooth and snappy, in our short span of time we didnt faced any lag, but final thing can be said only when we fully review it.

Both Samsung Galaxy J5 And Galaxy J7 features an 13MP rear camera which really impressed us in terms of photography, it comes with f/1.9 aperture which means low lights photography will be good on these device. Camera launch time also impressed us, you just need to double tap on home button and you have your camera. Camera offers couple of modes which you can use like Auto, Pro, Panorama, Continuous Shot, Beauty Face, Sound & Shot, and Sports. In our short period we tested camera under low lights and images were good and colors also seems nice on them.

Both of these devices seems one of the best device which Samsung has launched at very good price, build quality and its camera is two things which really impressed us. As 4G is becoming new trend in India, both of these devices supports Indian band of LTE. The one thing which we didnt liked here is Samsung’s exclusive partnership with Flipkart, as not everyone is comfortable with online shopping.