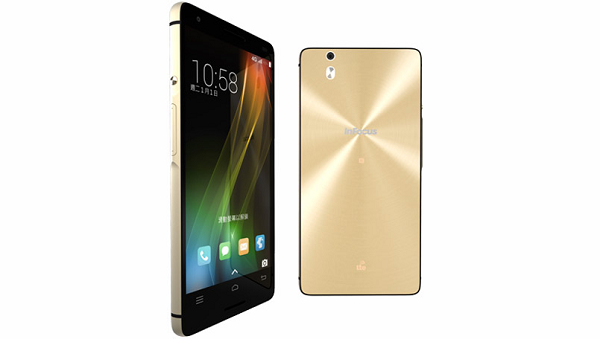 One thing which you find very much different on this phone as compared with previous InFocus device is its design, InFocus M810 features an ‘hand-crafted matte metal’ frame, you will find glass at front as well as at rear of the device which also provide nice look to the device and it do feels premium.

When it comes to. the InFocus M810 features an 5.5-inch full HD (1920×1080 pixels) display screen, under the hood it is powered by an Snapdragon 801 quad-core processor which clocked at 2.5GHz along with 2GB of RAM and also includes 16GB of internal storage which can be further expandable up to 64GB via microSD card.

When it comes to photography front, InFocus M810 features an 13-megapixel auto focus rear snapper along with True Tone LED flash while on on front there is an 5-megapixel selfie camera up front, it houses an 2,600mAh battery, and for connectivity it supports 4G LTE support, Wi-Fi, Bluetooth 4.0, dual SIM and when it comes to software front, it runs on Android 5.0 Lollipop out-of-the-box wrapped under company’s own skin.

At this price tag and specs it will compete with some other smartphone available at the same price range like Xiaomi Mi 4i, and recently launched Xolo Black.