Just a couple of days back Micromax has announced its latest affordable smartphone, the Micromax Canvas Spark (First Impression), and now it seems company is gearing up for another launch and this time its not a smartphone or tablet or TV, company is seems to launch a new product category, that’s what its latest media teaser says. Company has sent out teaser to media which says company has something to announced on 30 April. 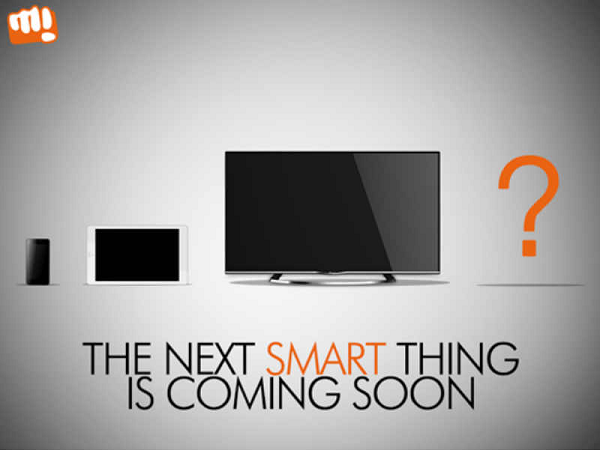 The teaser which company has sent shows smartphone, tablet, TV and next to it you will see a question mark and invite says “The Next SMART Things Is Coming Soon”, which clearly shows that company is not expanding its current products line, but instead entering a new product category.

However company has also tweeted an image which shows product from side, however company is keeping all things under the wrap and no further details were provided by company as of now.

Are you ready to make the smartest move ever? Stay Tuned! pic.twitter.com/R2xmbqj1bF

However some of our sources reveal that company might announce a smart TV of 30 April, Micromax has already launched couple of LED TVs but company has not entered into Smart TV yet, some leaks also suggest that company could announce gaming console but we think chances of it are very less.

Date is not too far and we are going to cover this event live, so stay tuned for latest update, till then if you have to say something then use comment section below.