From past few weeks we are getting lots of leaks and rumors about the upcoming flagship device of LG, the LG G4 which company is expected to launch on 28 April. This smartphone is making quite a large buzz over the internet, now to give a pause to all those leak company has made things official by posting an image on its Twitter account, and this image shows how will the next flagship device from company will look like. 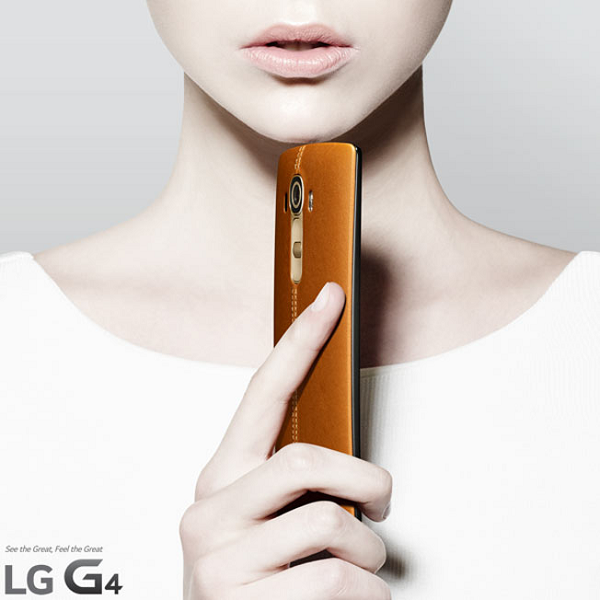 At a time when all others companies are going for ultra slim devices, LG has opted for a curved smartphone with a Vegetable Tanned leather rear cover, this back cover is made up of two leather leafs held together by a seam which further gives more premium look to the device.

As of now all leaks has suggested that this device will have 5.5-inch QHD display screen with screen resolution of 2560×1440 pixel, under the hood it will be powered by Snapdragon 808 Hexa-core processor with Adreno 418 GPU and 3GB of RAM and will have 32GB of internal storage and will have microSD card slot option.

At back it will have a 16-megapixel rear camera, 8-megapixel secondary snapper, houses 3,000mAh removable battery, as per the software front, it will run on Android Lollipop 5.1 wrapped under LG’s latest UX 4.0.